The first look of Saif Ali Khan’s next, Laal Kaptaan, is out now. Previously titled Hunter, it will now be called Laal Kaptaan and is all set for a theatrical release on September 6. The makers have also released the first poster of the movie, officially revealing Saif’s look, the new name and the release date. 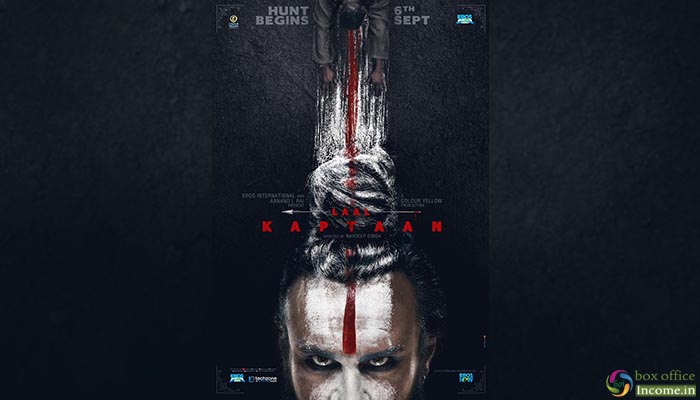 The star steps into the shoes of a Naga Sadhu, out on a dramatic journey ridden with drama, revenge and deceit. Promising to be an extraordinary visual experience, the poster of the film stirs intrigue and audiences won’t have to wait much longer as it readies for a nationwide.

Produced by Eros International and Colour Yellow Productions, Laal Kaptaan releases nationwide on the 6th of September, 2019. Before the web series that also starred Nawazuddin Siddiqui and Pankaj Tripathi, Saif has several disastrous releases—Rangoon, Chef and Kaalakaandi—all bombing at the box office.

Director Navdeep Singh has previously made Manorama Six Feet Under (2007) and NH10 (2015). Before the release of Laal Kaptaan, Khan will be seen reprising his role of police officer an Sartaj Singh in the second season of Netflix series Sacred Games.