After building up a great buzz through a series of intriguing posters, the makers of Kunal Kemmu’s much awaited film ‘Lootcase’ finally released the trailer and it has surely lived up to all the hype it has created. 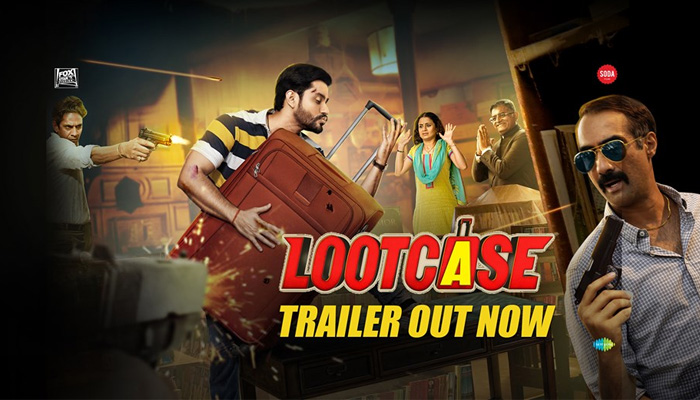 Starring Kunal in the lead along with talented cast like Rasika Dugal, Gajraj Rao, Ranvir Shorey and Vijay Raaz in pivotal roles, it indeed has a perfect mixture of comedy, suspense, and drama that promises a laugh riot.

Directed by Rajesh Kishnan, the film showcases Kunal as an ordinary middle class man whose life takes a 360 degree turn when he finds a suitcase filled with money. The versatile actor Kunal who impressed everyone with his strong grey character in ‘Kalank’ and outshined in the multi-starrer film is now all set to enthral the audience with his phenomenal comical timing.

In a span of just few hours the trailer became the talk of the town and made its place as one of the top trending topics on Twitter. Many well-known Bollywood celebrities and Kunal’s close buddies like Akshay Kumar, Shahid Kapoor, Karan Johar, Sara Ali Khan, Aditya Roy Kapoor, Sonam Kapoor, Disha Patani, Ishaan Khattar and many more have been gushing over Kunal Kemmu’s performance and sharing their excitement on their social media platforms.

Earlier, the talented actor delivered exceptional performances in ‘Go Goa Gone’, ‘Golmaal 3’ and ‘Golmaal Again’. And now we can’t wait for what Kunal has in store for us with ‘Lootcase’. The film is all set to release on 11th of October this year.