If there is one thing that is established this year is the fact that the gorgeous Kiara Advani is simply unstoppable. Currently, the pretty lass is dominating the box-office with her recent release Kabir Singh and looking at her incredible slate of movies it won’t be a surprise that Kiara is going to make it a habit of whipping up a storm at the Box Office. 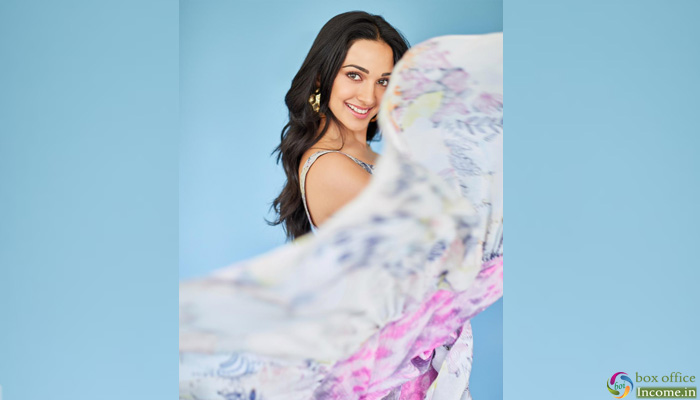 The amazing Advani gal broke into the Bollywood scene with Kabir Sadanand’s Fugly in 2014. While the movie didn’t do any wonders at the BO, Kiara managed to leave an impact. She then appeared in M S Dhoni: The Untold Story as Sakshi Singh Rawat and again wowed her audience.

She later went on to star in Abbas-Mustan’s Machine opposite Mustafa Burmawala, again while the film tanked, Kiara did won hearts with her dance moves in Cheez Badi. Finally, the turning point in her career arrived last year with her breakthrough and unabashed performance in the anthology series Lust Stories, where her character was widely appreciated.

She followed up the success of Lust Stories with her South debut – Bharat Ane Nenu alongside superstar Mahesh Babu and carved a niche for herself in the South Indian Industry as well. Her popularity sky-rocketed this year with her performance in the ‘First Class’ song from Kalank, and now she is riding high on the success of Kabir Singh, which has become one of the fastest Rs 100 crore crosser.

Well, Kiara’s Kabir Singh will be followed by a pretty damn impressive line-up and we can’t help but get excited about her movies. Without further ado, here’s what this pretty actress has in store for us

1. Good News (December 27, 2019):- After playing an introverted shy Punjabi girl Preeti in Kabir Singh, Kiara will be next seen as a vivacious full of energy Punjabi kudi in Good News.

The film is a romantic-comedy which also stars Akshay Kumar, Kareena Kapoor Khan and Diljit Dosanjh, and deal with the subject of surrogacy. Directed by Raj Mehta, if sources are to be believed, Kiara once again will be seen portraying a very interesting character.

2. Laxmmi Bomb (June 5, 2020):- Kiara undoubtedly is the remake queen of Bollywood. After essaying the lead in Kabir Singh, which is the Hindi remake of the Telugu hit film Arjun Reddy, Kiara will be seen in one more remake – Laxmmi Bomb.

The film is an official remake of 2011’s Tamil film Muni 2: Kanchana and will be helmed by Raghava Lawrence who has directed the Tamil version too. The film also features Akshay Kumar, R Madhavan, Amitabh Bachchan, Tusshar Kapoor and Shobhita Dhulipala in key roles. The shooting for Laxmmi Bomb began with a special song – Bismillah.

3. Shershaah (2020):- Laxmmi Bomb is not the only release Kiara will have in 2020, the actress who is on a roll will also be seen in the biographical drama Shershaah alongside Sidharth Malhotra.

Shershaah is based on the life of martyred captain Vikram Batra and while Sidharth will be seen playing the brave-heart captain, Kiara will play the female lead in the film. The film went on the floors in May this year and the makers are yet to announce a release date, but the film is likely to hit the screen by next year.

4. Indoo Ki Jawani (2020):- The talented actress has one more release scheduled in 2020 – the coming-of-age comedy – Indoo Ki Jawani. Kiara will be seen essaying the titular role – Indoo Gupta, a feisty girl from Ghaziabad, whose left and right swipes on a dating apps result in a crazy chaos.