Continuing the tradition of annual meeting with her fans on her anniversary in Bollywood, India’s new dream Dream Girl Kiara Advani met over 40 fan clubs virtually to mark the eighth year of her debut film Fugly, that released on 13th June, 2014. Caving a place amongst the top stars in Bollywood, Kiara Advani has scaled a remarkable trajectory of her glorious career in mere eight years with memorable and impactful performances and characters that are etched in the audience’s hearts, embarking on the begining of a new era of Kiara Advani in Bollywood with a streak of upcoming films. 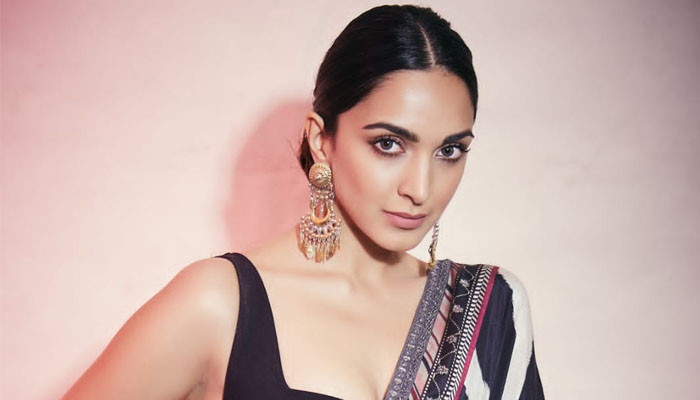 To celebrate the love and support of her fans and express her gratitude for the overwhelming response over the years, Kiara Advani engaged in a virtual interaction with her fans, enjoying an evening of delightful conversation and answering some fun questions. Fans celebrated Kiara Advani’s eight years in Bollywood by beginning the interaction with the Nach Punjabban hook step challenge.

The youngest fan in the interaction, 4 years old Erina expressed her admiration for the actress after watching Bhool Bhulaiyaa 2. Last year, a young musical fan of Kiara, Sachita sang Jab Tak from MS Dhoni and this year she sang Dil Na Janeya from Good Newzz. Aisha from Bangladesh, requested the actress to visit her country. Another fan Prachi, sang Ranjha and Man Bhareya from Shershaah for the actress. Fan named Samadrita sketched two artworks of Kiara Advani as Dimple from Shershaah. While two young and adorable fans, Mebing her sister sang Ranjha for Kiara. As fans requested Kiara to check her DMs, the actress obliged right away and followed back her fan clubs.

Kiara Advani’s team ended the celebration by cutting a cake with her fans. From Bihar, Assam, Kolkata, Jaipur, Ranchi, Chandigarh to Bangladesh and Turkey, fans from the varied parts of the nation as well as world united to showers their love on the actress expressing their fondness via art works, singing as well as engaging in heartwarming conversation with their favourite star.

Currently basking in the success of her latest release Bhool Bhulaiyaa 2, Kiara Advani is gearing up for her upcoming film JugJugg Jeeyo, promotions for which have begun in full swing. From Fugly, MS Dhoni, Kabir Singh, Good Newzz, Shershaah, to the recently released Bhool Bhulaiyaa 2, Kiara Advani has ruled the hearts of her fans with impressive performances that have resulted in her enormous fanbase spread across the world.

With JugJugg Jeeyo, Govinda Naam Mera, S Shankar’s next with Ram Charan and a few unannounced projects to her credit, Kiara Advani has bagged the position of the most loved and bankable stars of the entertainment industry.