Akshay Kumar and Parineeti Chopra starrer ‘Kesari’ has been the talk of the town since the announcement of the film. The excitement to watch the film went to another level after the teaser and the trailers of the film were released. And post the release of the film, the box office collection just showed that the masses have poured in all the love for the film. 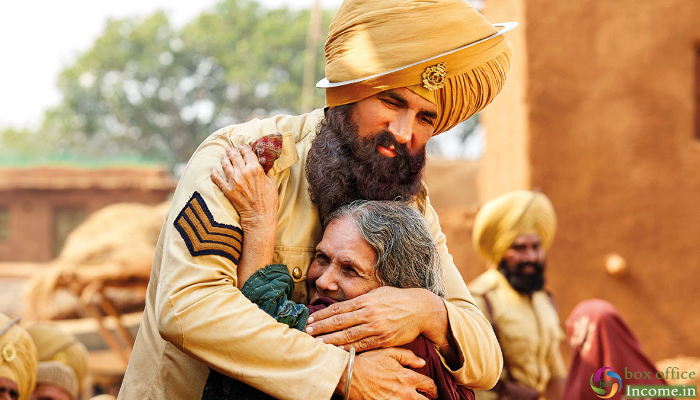 Directed by Anurag Singh, the action-war drama has received mostly positive reviews from the critics and gained a good word of mouth. In the opening week, it did the business of 105.86 crores, which included 78.07 crores in the opening weekend and 27.79 crores on weekdays from 3600 screens across India.

On 2nd Friday, Kesari witnessed a drop of 24% as compared to the previous day and minted the amount of 4.45 crores. With this, its 9 days total collection has become 110.31 crores at the domestic box office. Dharma Movie’s production is expected to bounce back over the weekend.

The Anurag Singh directed film carries the kind of merits that actually warrants a 200 crore total. While that’s not the kind of distance that Kesari would carry, it would find good traction and sustained eyeballs when it arrives in the satellite and digital medium a few weeks from now.

The film is on way to enjoy a good run as the competition this week is not really there. Moreover, the film has retained a good number of shows which demonstrates the kind of confidence that exhibitors have in expected footfalls.