Akshay Kumar and Parineeti Chopra starrer Kesari had registered a solid first week but later got affected by the new releases. After a good second week, it has passed the third week on a decent note. Despite having the new release Romeo Akbar Walter& the ongoing IPL 2019 in the parallel. 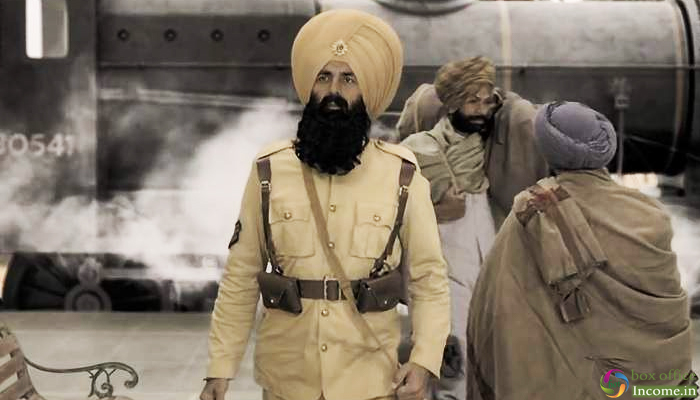 Directed by Anurag Singh, the action war drama Kesari did the business of 105.86 crores in the 8-days extended opening week & 29.66 crores in the second week. In the third weekend, it managed to collect 7.50 crores which included 1.65 crore on Friday, 2.62 crores on Saturday & 3.23 crores on Sunday.

Then on weekdays, after a significant drop, Dharma Movies’ production minted the amount of 1.20 crores on 3rd Monday, 1.02 crore on 3rd Tuesday & 1.02 crore on 3rd Wednesday. On the next day i.e. 4th Thursday, with a further decline, Gully Boy garnered 0.95 crore and raised 3 weeks total collection to 147.21 crores nett.

The film has an open weekend ahead and that could well help it go past the 150 crores mark soon. Post that whatever numbers come in could well be an added bonus. For Akshay Kumar, the film is a solid Hit and the lifetime would be in 152-153 crores range.

Kalank which releases on April 17 faces its own set of challenges with other big releases on its either side. The long-awaited Avengers: Endgame is releasing on April 26 and a large part of Kalank’s opening collection will have to come before that. With big names like Varun Dhawan, Alia Bhatt and Sanjay Dutt in the cast, the film promises to do well.