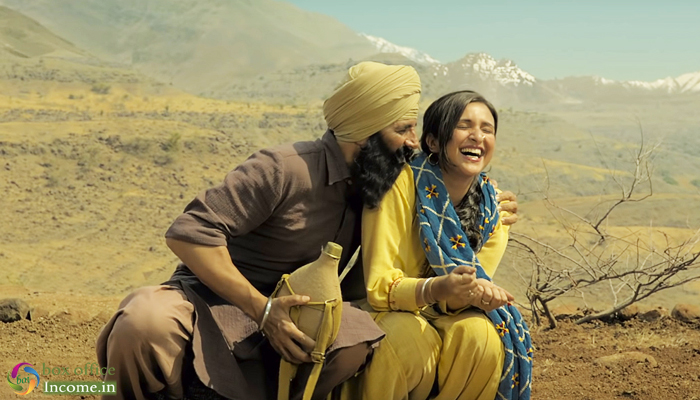 For its impactful story-line and powerful screenplay, Kesari has received very positive reviews from the critics as well as the audience. Due to a solid word of mouth, it did the business of 105.86 crores in the 8-days extended opening week that included 78.07 crores on the weekend and 27.79 crores on weekdays.

In the second week as well, the film remained strong throughout and raked the business of 29.66 crores with 19.15 crores on the weekend and 10.51 crores on weekdays. After 2 weeks, the total collection of Dharma Movies’ presentation was recorded at 135.52 crores.

Kesari is now running in the third week and once again passed the weekend on an excellent note. On 3rd Friday, it recorded a normal than the previous day and minted 1.65 crores. Then with a noticeable growth, the film registered the business of 2.62 crores on 3rd Saturday & 3.23 crores on 3rd Sunday.

On 3rd Monday, the film witnessed a drop and garnered the amount of 1.20 crores. On the next day i.e. 3rd Tuesday, Kesari managed to collect 1.02 crores, 1.02 crores on 3rd Wednesday and raised 21 days total collection to 146.26 crores at the domestic box office.