Superstar Akshay Kumar’s latest offering Kesari has completed half-a-month journey at box office on an excellent note. After two weeks of release, the movie has good-enough hold over the audience across the country and heading unaffectedly despite new releases. 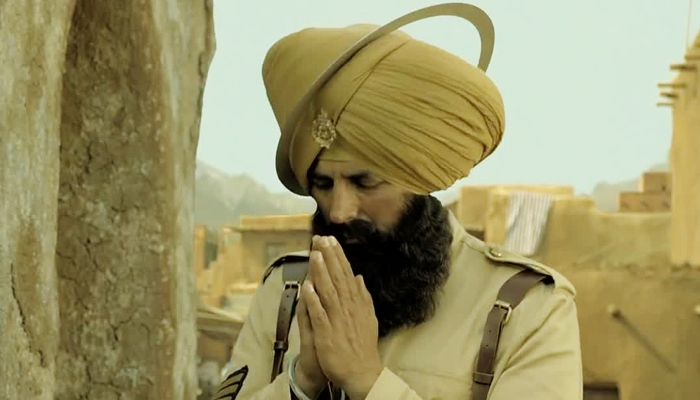 Directed by Anurag Singh, Kesari starring Parineeti Chopra as a leading lady alongside Akshay and both the actors are being praised by everyone for their brilliant performances. With it’s solid content, the movie has received positive reviews from most of the critics and impressing all the viewers.

In the opening week, this action war drama was recorded amazing response from audience and remained strong throughout. It did the business of total 105.86 crores in the first week, that included 78.07 crores of weekend and 27.79 crores of weekdays from 3600 screens nationwide.

Then in the second week as well, Kesari reported good performance at box office despite having several new offerings in opposite. The movie raked the business of 29.66 crores with 19.15 crores in weekend and 7.51 crores in weekdays.

After two weeks of release, total collection of Kesari was recorded as 135.52 crores. Now it has entered in the third week and still seems to add good amount to it’s account. On 3rd Friday, Kesari faced 20.1% of drop than previous day and minted 1.65 crore. With this, it’s 15 days total collection has become 137.17 domestically.