Akshay Kumar and Parineeti Chopra starrer Kesari is still going strong at the box office. The movie is not just being praised for the performances of its actors but also the way the characters have been written. 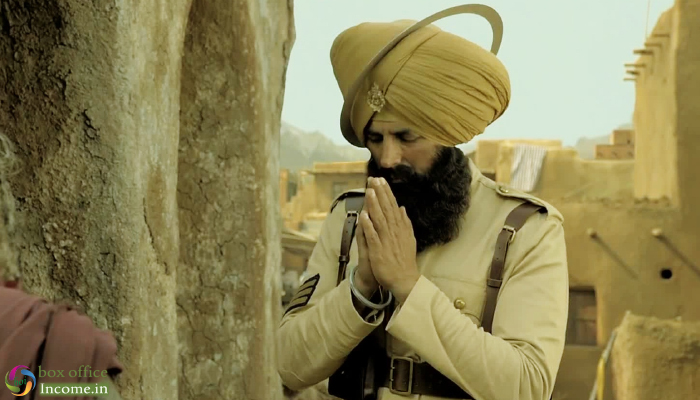 Action war drama has received mostly positive reviews from the critics as well as the audience. As a result, it did the business of 105.86 crores in the extended first week which included 78.07 crores in the opening weekend and 27.79 crores on weekdays from 3600 screens nationwide.

With 110.31 crores, Kesari has now become the 9th highest grosser for Akki and looking forward to cross Holiday (112.65 crores), Housefull 2 (114 crores) and Jolly LLB 2 (117 crores) during the second weekend. Now it is running in the second week and started the weekend on a good note.

On 2nd Friday, Kesari faced a drop of 24% as compared to the previous day and managed to collect the amount of 4.45 crores. On the next day i.e. 2nd Saturday, with a superb jump, Dharma Movie’s production minted the amount of 6.45 crores and raised 10 days total domestic collection to 116.76 crores nett.

In fact there are good chances of growth tomorrow since new releases have hardly brought in moolah and there isn’t much of a traction going either. With Kesari being this big screen entertainment in the offering, it is expected that audience footfalls would see a good rise, hence bringing in momentum for the journey towards the 150 crore lifetime total.

Directed by Anurag Singh and produced by Dharma Productions, Cape Of Good Films, Azure Entertainment and Zee Studios, Kesari depicts the story of Battle Of Saragarhi fought during 1897.