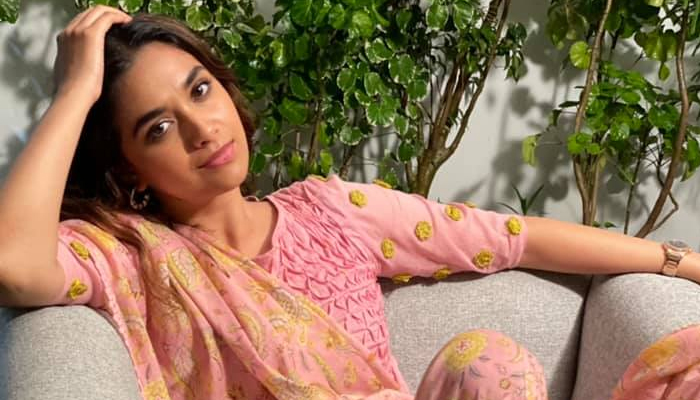 Keerthy said to IANS: “I enjoyed working on ‘Rang De’, made some good friends for life. It was a different film for me from what I usually did after ‘Mahanati’. We made a sweet film about an un-romantic couple that enters into a forced relationship due to my character. It was really fun to make such a light-hearted candyfloss film. Everyone in your family will enjoy it for sure”.

Adds director Venky Atluri: “This film had been a roller-coaster ride for all of us, especially, to me. We never even in our nightmares thought that we would be living through a pandemic and shoot a film while at it. I still cannot believe that PC Sreeram sir, whom I respect like God and whom I adored all my life, worked with us on this film. We made a sweet rom-com touching upon the problems of a couple who love each other but one of them doesn’t know it yet. It will be a fun family experience for all”.

The romantic drama hit the big screens on March 26 this year, and opened to mixed reviews from fans and critics.

Rang De tracks the bittersweet romantic relationship shared between Arjun and Anu played by Nithiin and Keerthy Suresh respectively and will have its world television premiere on Zee Telugu.