Ever since Kartik Aaryan revealed the first look of his upcoming film Bhool Bhulaiyaa 2, the actor has been trending on the internet. The horror-comedy which released 13 years back, is all set to take the franchise ahead and the makers have opted for the current heartthrob of the nation Aaryan for the lead role and internet surely can’t keep calm. 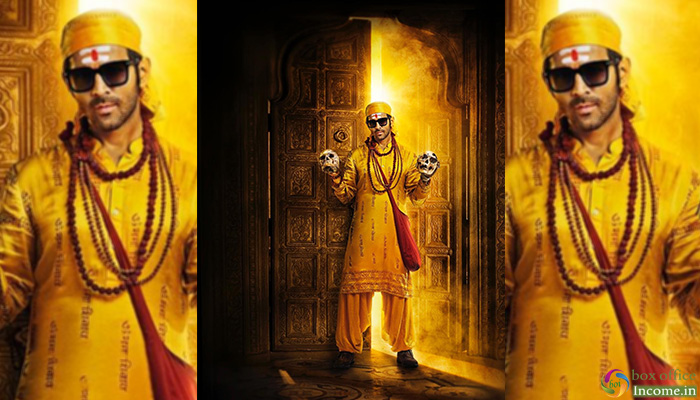 Netizens and Kartik Aaryan fans are raving about the first look and can’t believe the resemblance that Aaryan bears to superstar Akshay Kumar. All online entertainment portals couldn’t stop raving the actor’s look and his swag. Amidst the skulls, with the famous secret door and Monjolika’s portrait, Kartik oozed the same amount of swag and style which Akshay Kumar did in the original.

What’s more just in the first look, the Luka Chuppi actor convinced everyone he’s the perfect one to play the ghostbuster in this horror-comedy.  Kartik Aaryan starrer Bhool Bhulaiyaa 2 releases on July 31, 2019. And the hunk also has other two big releases in pipeline.

While one is the remake of BR Films Pati Patni Aur Woh, the other one is Imtiaz Ali’s #Aajkal with alleged ladylove Sara Ali Khan. Looks like 2020 is packed with blockbusters for this rising superstar.