On 07 June, 2019, media was flooded with reports stating that ‘Kangana Ranaut has been interfering with the shooting of Mental Hai Kya and that she has been unhappy with some of the scenes, which had to be re-shot, thus causing the delay in the release of the movie’. However, there is no truth to these speculations and director of Mental Hai Kya, Prakash Kovelamudi, has rubbished these reports. 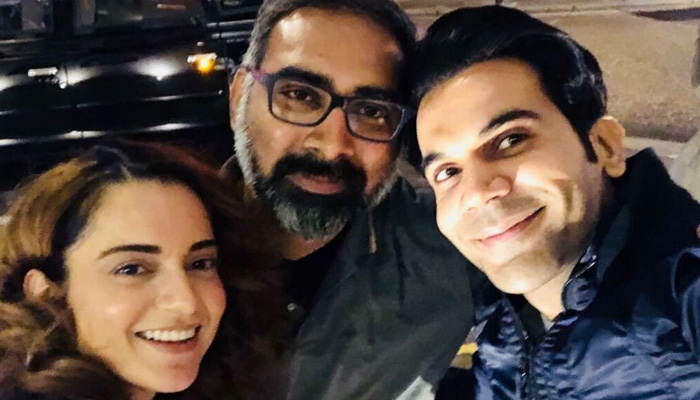 “On my set, Kangana was an actor; a professional one, and a creative asset,” stated Prakash and added, “Both Kangana and Rajkummar are powerhouse performers, whom I enjoyed directing. I am happy to see how their characters have turned out. Mental Hai Kya is an intriguing thriller with doses of quirk. The film challenges the norms, and I am thrilled to bring to the audience something original.”

Further denying the reports about some portions of the film being re-shot, the director said, “We finished the first leg in Mumbai, the second in London, and the last one in Mumbai again. The final schedule was wrapped last month. That’s all! All other conjecture is baseless.”

On March 4, 2018, producer Ekta Kapoor revealed the first two posters of the film on Twitter, each depicting the two leads – a cross-eyed Ranaut and Rao holding up his middle fingers to his eyes; Kapoor hinted at the theme of mental instability by captioning, “It’s time to bring out the crazy in you… Because Sanity is overrated!”

Produced by Shobha Kapoor, Ekta Kapoor and Shaailesh R Singh, Mental Hai Kya’s trailer is scheduled to be launched later this month and the film will hit the screens on July 26, 2019.