There is already a strong buzz around director Prakash Kovelamudi’s JudgeMentall Hai kya which stars Kangana Ranaut and Rajkummar Rao. In the film, Kangana will portray Bobby, a unique, slightly cuckoo woman, who lives next door to Rajkummar and is seemingly obsessed with him. 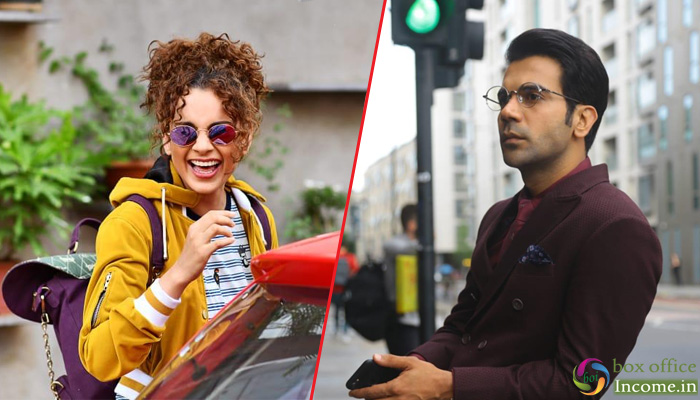 On his part, the actor plays Keshav, a troubled guy who has multiple shades and can’t be fully trusted. Bobby is a voiceover artiste, who oscillates between various looks, as she dubs for South films, horror flicks and quirky ads. A complex character, she has a tough time fitting in, which is conveyed beautifully in the way she dresses up.

As Bobby, Kangana has tried to make a statement through her choice of clothes. Whether it’s her trademark red sweater or some other attire, everything has a pop and quirky element to it, which compliments Kangana’s zany character in the film.

Rajkummar will be seen sporting two contrasting looks in the film — as the rugged, raw guy next door, and as a suave and slick man when the film travels to London in the latter half. With so many layers to his characters, his look, too, is laden with different shades. Keeping the essence of both the personalities in mind, stylist Sheetal Sharma worked closely with Prakash Kovelamudi to design young and offbeat looks for the duo.

Kangana says, “My character is very complex. It was not something that developed overnight, but it required a lot of analysis, research and of course, my own perception of Bobby. We wanted her to look rebellious yet vulnerable, innocent yet dangerous, culpable yet investigative, reclusive and yet a histrionic personality.”

Rajkummar adds, “I have two remarkably different looks in the film — one where I play this regular boy next door, living in the bustling city of Mumbai, and the other, where I step into this suave gentleman look. The difference in my styling reflects the complexity of my character, at the same time emphasising the normality of his behaviour.”

As part of her look, Kangana will also sport two distinct hairstyles in the film. While she will sport one hairstyle in the first half of the film, in the second half, when her character travels to London, she will be seen with a quirky hairdo. The looks are radically different, but her oddball nature remains consistent.

“Bobby is very complex. Through her looks, we had to show her conflicting sides. She is crazy, suspicious and different, and all this had to be showcased through her look as well,” says Prakash Kovelamudi.