Despite having solid pre-release buzz & star power, Kalank got failed to achieve the desired height at the box office. After an excellent start, the highly-awaited period drama showed a rapid slowdown in its run due to a negative word of mouth and disappoint everyone. 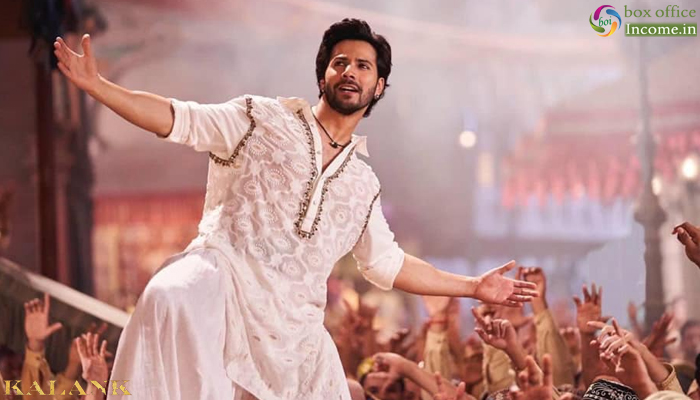 Directed by Abhishek Varman, Kalank has received mixed reviews from the critics as well as the audience due to its weak story-line. It opened on a tremendous note and registered the biggest opening of the year in Bollywood, but got failed to carry the pace forward.

Then on weekdays as well, Kalank showed no sign of improvement and witnessed continuous drops. It raked the business of 3.75 crores on Monday. With further decrements, Dharma Movies’ presentation bagged 3.35 crores on Tuesday & 2.70 crores on Wednesday.

On the next day i.e. 2nd Thursday, Kalank recorded more drop and managed to collect the amount of 1.80 crores. With this, the total collection of Multi starrer has become 77.63 crores nett at the domestic box office.

Post that it would still get some screens since Avengers: Endgame is arriving at select theatres. Hence, it would be interesting to see how much does it collect in the second week.