The long successful run of Kalank at the box office is doubtful now, as the movie is showing a downtrend over the weekend after an excellent opening on Wednesday. Kalank is a period drama set in pre-independent India that takes you back in time with intricately interwoven stories of six characters who are connected by love and revenge. 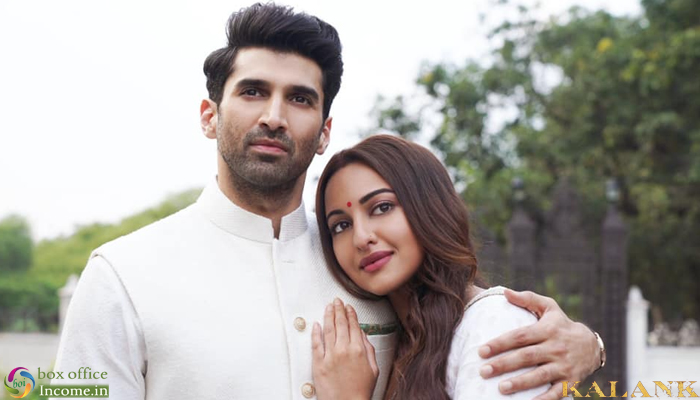 Directed by Abhishek Varman, Kalank has got failed to live up to its humongous expectations and received mixed reviews. From the audience as well, the movie is getting a mixed response, which is easily visible in falling numbers at the box office.

On Wednesday with a terrific initial buzz, Kalank was opened at a good note in the morning & also recorded a fair jump over the evening & night shows in multiplexes. In the end, it registered the business of 21.60 crores nett & become the highest opener of the year so far.

With this, the total collection of Alia Bhatt, Varun Dhawan, Madhuri Dixit, Sanjay Dutt, Aditya Roy Kapur and Sonakshi Sinha starrer after 3 days, has become 44.65 crores nett at the domestic box office. It will be interesting to see if the big movie witnesses any significant growth in its earning over the weekend.