The most-awaited movie of the year Kalank is all set to hit the screens on this Wednesday i.e 17 April 2019. This period drama is directed by Abhishek Varman. It is a period drama set in 1945 in the pre-independence British era. The music of the film is composed by Pritam while lyrics are written by Amitabh Bhattacharya. 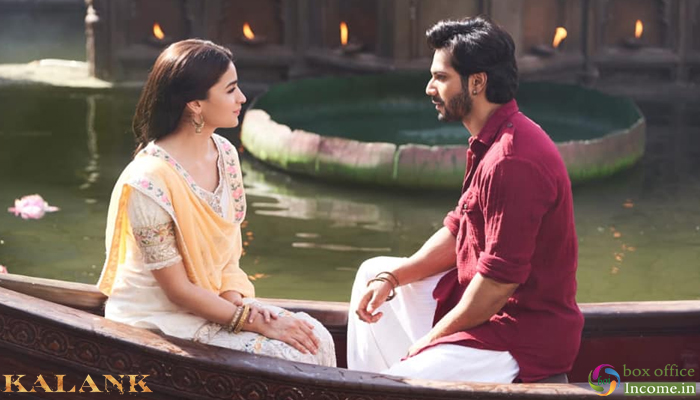 No wonder, the film with Varun Dhawan, Alia Bhatt, Sonakshi Sinha, Aditya Roy Kapur, Sanjay Dutt and Madhuri Dixit in the lead roles has taken mammoth proportions as it has come closer to the release. Fox Star is ensuring that the film arrives big, which means it would be opening at a huge count of screens (over 3000) with a major chunk of shows reserved for it.

Kalank is seeing a mid-week release and that has its own advantages and disadvantages. While the partial holiday of Mahavir Jayanti on Wednesday should aid the footfalls, Thursday being a regular working day would curtail footfalls during the night shows.

Kalank has recorded a good response at ticket windows for its advance booking in single as well as multi-screens cinemas across the country. So after considering all the reports & records, Fox Star Studios’ presentation seems capable to open in a range of 18-19 crores nett from around 3000 screens in India.

Produced by Fox Star Studios, Dharma Productions & Nadiadwala Grandson Entertainment, Kalank can be opened at a higher note if it gets succeed to hit the target right. Although some early reviews have mostly positive to say about the film.