Despite a blockbuster start, hugely-awaited Kalank has passed the 9-days extended week on a disappointing note. Due to a negative word of mouth, the movie got badly affected just from the second day and witnessed a rapid slow down at the box office throughout the week. 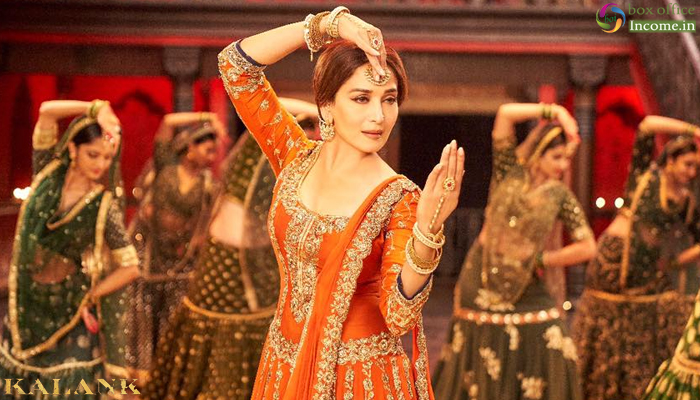 Due to humongous buzz, Abhishek Varman’s directorial registered the biggest opening of the year in Bollywood but got failed to carry that pace forward. Over the 5-days first weekend, it came down and collected total 66.03 crores, that included 21.60 crores on Wednesday, 11.45 crores on Thursday, 11.60 crores on Friday, 9.75 crores on Saturday & 11.63 crores on Sunday.

Then on weekdays, with further drops, Kalank minted the amount of 3.75 crores on Monday, 3.35 crores on Tuesday, 2.70 crores on Wednesday & 1.80 crores on 2nd Thursday. After a week, the total collection of the movie was recorded at 77.63 crores from 4000 screens nationwide.

Now Dharma Movies’ production has entered in the second weekend and has major competition from the new releases, Avengers Endgame. On 2nd Friday, Kalank faced a more drop than the previous day and collected 1.05 crores. With this, its 9 days total collection has become 78.68 crores at the domestic box office.