Ever since its release, the family drama ‘Tribhanga’ starring Kajol, Tanvi Azmi and Mithila Parkar has been appreciated for its storyline and received rave reviews from the critics as well as the audiences. Directed by Renuka Sahane, the film has indeed become the first choice for Netflix viewers, taking it to the top of the table in the India Trends of Netflix. 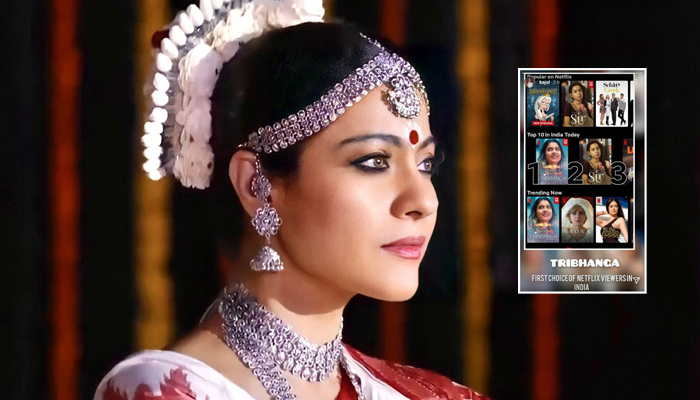 Tribhanga is a story about a troubled family, especially three generations of women and the conflicts that have been constant between them. Kajol aka Anuradha who is at loggerheads with her mother Tanvi Azmi aka Nayan. All of this is witnessed by Mithila Palkar, aka Masha. When Nayan is on the death bed, Anuradha recalls the ghost from her past and the can of worms is wide opened.

Speaking about her character Kajol says, “I am playing Anuradha Apte who is an Odissi dancer. An important factor that made me love this character was that it resonates with my off-screen personality. Anuradha is honest and opinionated. I am a mother of two kids and hence I could easily sense what is happening around me”.

“A family is a bunch of individuals staying together with a sense of belongingness but choices are likely to differ and I play one such individual in Tribhanga. I am very much excited to know the feedback from the audience now, their love is the only thing that matters” she added.

We surely hope the film will continue to garner more love around the globe! ‘Tribhanga’ streaming now on Netflix!