After a slow start, this Friday release adventure drama Junglee picked up well over the weekend and registered a decent opening weekend due to the mixed feedback of viewers across the country. While the romantic drama Notebook struggled a lot to divert enough audience toward theaters. 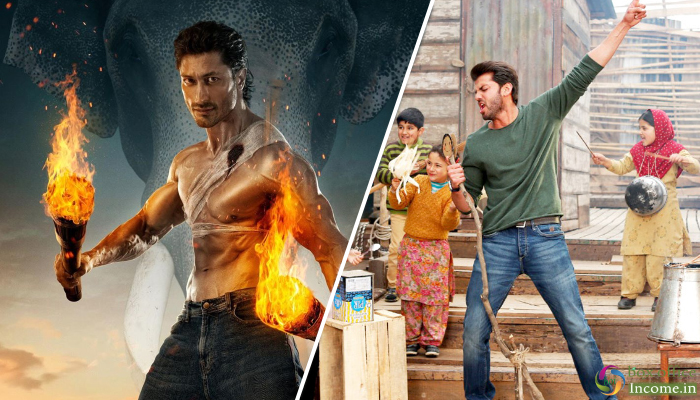 Directed by Chuck Russell, Junglee has received mixed reviews from the critics but got succeed to satisfy the audience. As a result, it gained a favorable word of mouth and witnessed a good jump on Sunday after an average Friday & a decent Saturday.

On the opening day, Vidyut Jammwal, Pooja Sawant and Asha Bhat starrer took a slow start in the morning and did the business of 3.35 crores after some growth in footfalls in multiplexes from evening shows. On the next day i.e. Saturday, it witnessed a jump and minted 4.45 crores.

Then on Sunday, Junglee recorded a fair jump and garnered the business of 6.05 crores. With this, its total collection after the 3-days weekend has become 13.85 crores nett at the domestic box office.

On the other hand, Zaheer Iqbal – Pranutan Bahl starrer Notebook has received almost positive reviews from the critics as expected but got failed to stand straight opposite to Junglee. On Friday, Nitin Kakkar’ directorial did the business of 0.75 crore, while managed to collect 0.80 crore on Saturday. Then on Sunday, it collected 1.10 crore and raised 3 days total to 2.65 crores.