After an average opening on Friday, the much anticipated Vidyut Jammwal starrer Junglee showed a decent jump in its business graph on Saturday. Last week released Kesari in the opposite, this action adventure flick opened to a slow note. 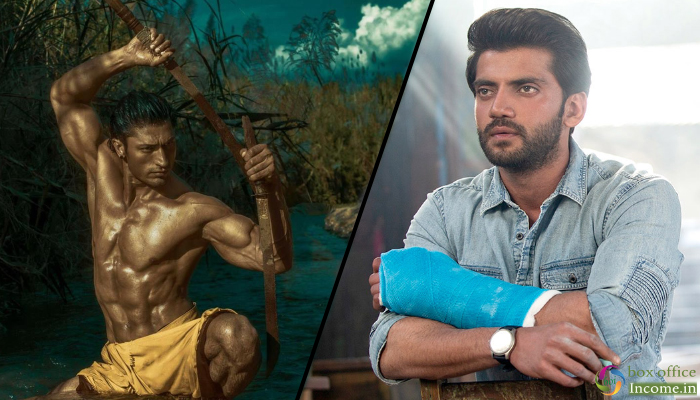 Directed by Chuck Russell, Junglee starring the new age action hero of Bollywood Vidyut Jammwal along with Pooja Sawant, Asha Bhat & Atul Kulkarni, action adventure film Junglee has received mixed reviews from the critic. Although the audience has found it watchable because of eye-widening actions performed by Vidyut.

On the opening day, Junglee Pictures’s presentation recorded overall an average occupancy and did the business of 3.35 crores across India. Due to a weekend, the film took a decent growth of around 24.46% on Saturday and minted the amount of 4.17 crores.

With this, the total collection of Junglee after 2 days, has become 7.52 crores at the domestic box office. As per reports, the film is likely to complete the first weekend with a business of approx. 10 crores.

On the other hand, Zaheer Iqbal and Pranutan Bahl starrer Notebook which has also has also received mixed reviews from the viewers but still hasn’t witnessed the desired footfalls in theaters. Directed by Nitin Kakkar, the romantic drama got failed to impress critics as well as the audience.

On the first day, it opened on a poor note like Amavas and did the business of only 0.75 crore. Then on Saturday with a slight jump, Notebook minted the amount of 0.80 crore and raised its 2 days total collection to 1.55 crore.