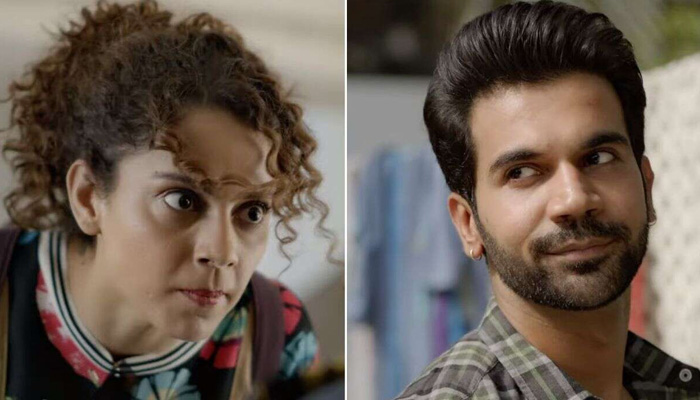 There ain’t anything normal about Bobby while on the other hand there is everything ‘too’ normal about Rajkumar Rao’s character ‘Keshav’. He is the regular, happy, perfect guy which in Bobby’s world makes her wary of him. He’s always seen with a lens of suspicion by Kangana’s character.

The suspicion reaches new heights of obsession and that’s when the danger sets in! Both the characters have multiple shades and layers and are set to redefine how we look at characters today. At one level they’re lovable, at another they’re entertaining and finally they make you suspicious leaving you in a quandary as to who you can really trust!

As the suspicion around them thickens, their stories start getting crazier. While Kangana is at ease being perfectly ‘imperfect’ and crazy, Rajkummar’s character warns us against the ‘crazy’ stalker!