Bollywood actor Shahid Kapoor is all set for his silverscreen comeback as the makers just dropped the trailer of his much-anticipated film ‘Jersey’ alongside Mrunal Thakur. The trailer features the actor in a new mood as he steps into the shoes of an ex-cricketer who reunites with the game. Amid his struggle in life to make ends meet, he is seen putting himself all out to fulfil his son’s birthday wish of getting a jersey. 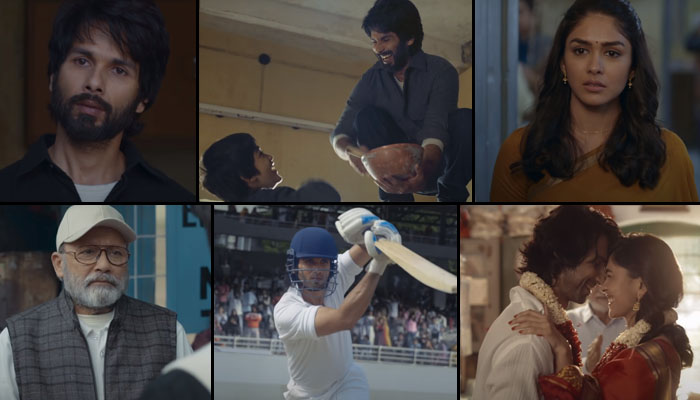 The dramatic almost 3-minute trailer leaves the audience wondering if Shahid will be able to turn his life around or will continue to stay away from his lost dream. The story sheds light on hope, dreams and family.

The makers wrapped the shoot last year in December. Much before the trailer release, Shahid had opened up about the importance of ‘Jersey’ and called it his ‘best filmmaking experience’. He tweeted to his fans, “It’s my best filmmaking experience yet. Can’t wait to share it with you all, She is lovely. We had a great time. She is extremely talented. And loads of fun,” he had shared on working with Mrunal for ‘Jersey’.

This is going to be Shahid’s next big release in a long time, since his last release was the box office hit ‘Kabir Singh’. It is slated to release on December 31, 2021.