With the announcement of Jayeshbhai Jordaar going on floors, the makers have now released the first look of the film and Ranveer Singh is all set to rock his Gujarati accent. The film was announced a few months ago while Ranveer Singh was still shooting for his film with Kabir Khan, ’83. 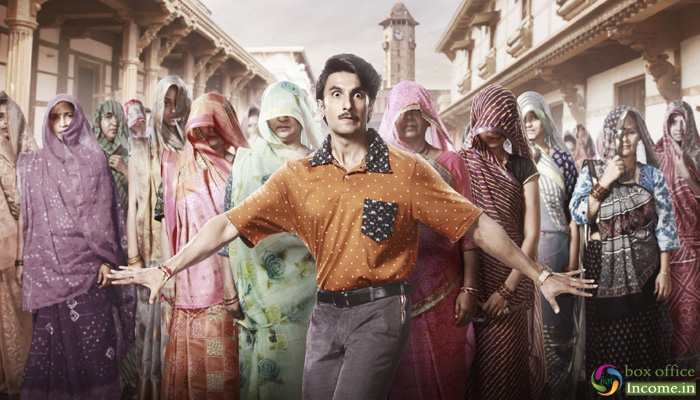 The actor can be seen standing in front of a number of women covering their faces with the pallu of their sarees. He could be seen wearing a mustard polo T-shirt with polka dots and black patches on the colour and the pocket, along with grey jeans.

Speaking about his character, Ranveer says in a statement, “As Charlie Chaplin once said, ‘To truly laugh, you must be able to take your pain, and play with it!’ Jayeshbhai is an unlikely hero, an ordinary man, who ends up doing something extraordinary when he’s hurled into a threatening situation. Jayeshbhai is sensitive and compassionate. He believes in equal rights between men and women in a society that is deeply rooted in patriarchal ideals, practices, and doctrines.”

He further spoke about the uniqueness of the character and praised his director saying, “Jayeshbhai presented an exciting challenge – to deconstruct myself in order to transform into a kind of character I’ve never inhabited before. Divyang has poured his soul into this brilliant piece of writing that will nudge you to introspect whilst making you smile and laugh the entire time.”

The release date of the film bankrolled by Maneesh Sharma is yet to be announced. Meanwhile, Ranveer is working on Kabir Khan’s sports drama 83 which will hit theaters on April 10, 2020.