After immense anticipation, the makers of ‘Major’ have released the teaser of the film tracing the grand and inspirational life led by Sandeep Unnikrishnan, portrayed by Adivi Sesh. Paying a homage to Major Sandeep Unnikrishnan, the makers of the biographical war drama have mounted the film on a huge canvas to offer insights into the varied dimensions of his life, including his childhood, teenage as well as glorious years in the army. 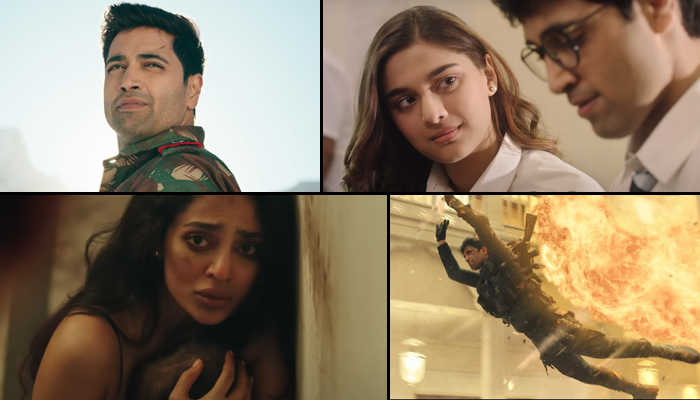 The impactful teaser brings to life the spirit of the soldier who strives to protect every patriot whose heart beats for the nation. Shot across grand sets to gauge the authenticity of Sandeep Unnikrishnan’s varied phases through life over 110 days, Major is a multi-lingual filmed in Hindi and Telugu simultaneously, which would be further dubbed in Malayalam.

Celebrating the heroics of Major Sandeep Unnikrishnan Major’ not only depicts his death but embraces the spirit with which he lived. Adivi Sesh effortlessly slips into the skin of Sandeep Unnikrishnan giving glimpses of his life and offering insights into the dynamics he shared with people around him, including his parents, his romantic interest, and most importantly the passion for the nation.

With remarkable performances by Saiee Manjrekar, Sobhita Dhulipala, Prakash Raj, and Revathi and Murli Sharma amongst others, the teaser builds the world of Sandeep Unnikrishnan and his personal relationships with the people around him.