The latest entrant in the B-town, young and talented Pashmina Roshan marks her beginning in the entertainment industry with the second installment of Shahid Kapoor’s debut film ‘Ishq Vishk’ franchise. After years of hardwork and anticipation, Pashmina Roshan is finally setting foot in Bollywood with the official sequel of Shahid Kapoor and Amrita Rao starrer Ishq Vishk, releasing two decades after the first film. 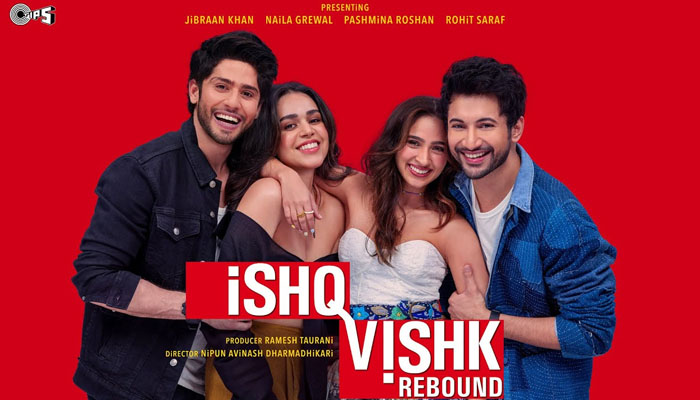 Drawing on the nostalgia of the classic hit, the makers revealed the announcement video offering an insight into the upcoming film, featuring Pashmina Roshan, Rohit Saraf, Jibraan Khan and Naila Grewal. While the other three actors have showcased glimpses of their work earlier, Pashmina Roshan is the ultimate debutante marking her absolute first steps in the entertainment world.

Excited about her debut Pashmina Roshan shared on her social media saying, “It feels like years of austerity and hard work is finally bearing fruits. I’m extremely excited, nervous and elated to bring to you my first experience on screen. When relationships can be found on apps, and lost over a chat, you know that love needs an upgrade. ISHQ VISHK REBOUND. It’s time to move on.”

Revamped to fit the contemporary timeline, the story offers a modern and relatable take on relationships in millennials and Gen-Z generation.

As for Ishq Vishq, the 2003 film is about Rajiv (Kapoor) and Payal (Rao) who are friends since childhood. While Payal is in love with Rajiv, it takes a while longer for him to return her feelings. The film became a success and launched both Kapoor’s career and Rao’s career.