The fourth instalment of laughter riot Housefull is now crawling on box office due to new releases. The movie has showed excellent performance in the opening week and maintained well in the second week too. Despite mixed reviews from critics, it has achieved good height. 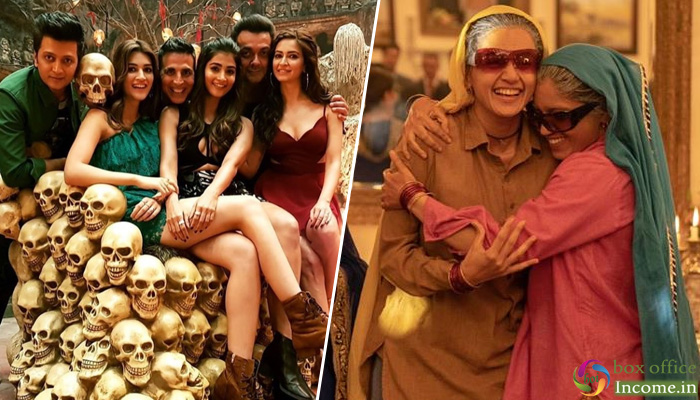 Now the movie is running in its third week and facing heavy competition due to new release Bala. It did the business of only 9.10 crores in the weekend, that includes 1.95 crore of Friday, 2.80 crore of Saturday and 4.35 crore of Sunday. On weekdays, at a steady note, it has bagged 1.75 crores on 3rd Monday & 2.50 crores on 3rd Tuesday and raised 19 days total collection to 203.08 crores nett.

While, Bhumi Pednekar and Taapsee Pannu starrer Saand Ki Aankh has gathered a good word of mouth, it did the business of 11.68 crores in the first & 8.37 crores in the second week. Then in the third weekend, it had scored 1.50 crores with 0.27 crores on Friday, 0.51 crores on Saturday & 0.72 crores on Sunday.

Now in weekdays as well, Tushar Hiranandani’s directorial is holding well and did the business of 0.24 crores on 3rd Monday. On 3rd Tuesday, after a slight jump, the film managed to collect 0.38 crores and raised 19 days total collection to 22.17 crores nett at the domestic box office.