There is an exciting news for Akshay fans, that exhibitors have started the advance booking for his upcoming comedy drama Housefull 4 in selected cities of the country. Soon it will be available in all the centers including single as well as multi screen cinemas. 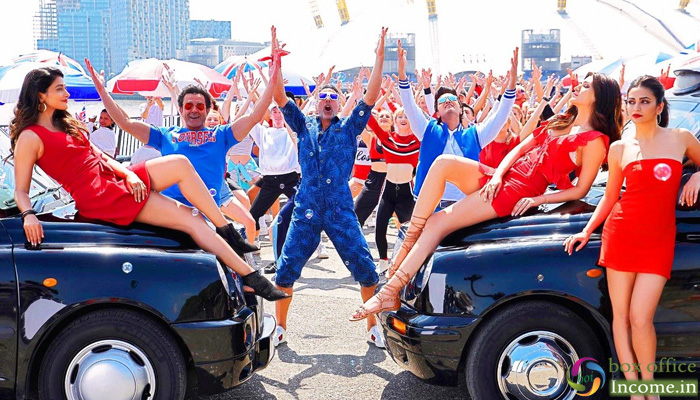 The much awaited fourth installment of very successful Hindi comedy franchise Housefull, Housefull 4 is all set to release this Diwali on 25th October worldwide with massive screen count. Being a superstar Akshay Kumar starrer, it is strongly buzzing among fans as well as audience and ready to take box office by storm.

Comedy genre is highly popular among the audience and then Housefull in its own is a Hit comedy franchise that has been entertaining the audience since 2010. Housefull 4 boasts of a spectacular cast with big names like Akshay Kumar & Kriti Sanon leading the pack. The trailer has done the trick and has promised a fun-filled affair.

But that’s not all as the music promises to double the entertainment. Shaitaan Ka Saala is already a chartbuster and other songs are also picking up. Though the star cast has just started the promotions 1 week is enough to promote a film which already has so much going on its favour.

The story of ‘Housefull 4‘ is based on reincarnation, spanning a period of 600 years from 1419 to 2019. Housefull 4 is directed by Farhad Samji, and produced by Sajid Nadiadwala. Along with Akshay Kumar, it also features Riteish Deshmukh, Kriti Sanon, Kriti Kharbanda, Bobby Deol, Pooja Hegde, Chunky Pandey and other key roles.