After the blockbuster hit song ‘Teri Meri Kahani’ from Happy Hardy And Heer, Himesh has just released the making clip of his next track Aadat which again features Ranu Mondal and Himesh. Once again, Himesh has introduced another talent in this song. This time it happens to be his wife Sonia Kapoor Reshammiya and she has written the lyrics of the song. 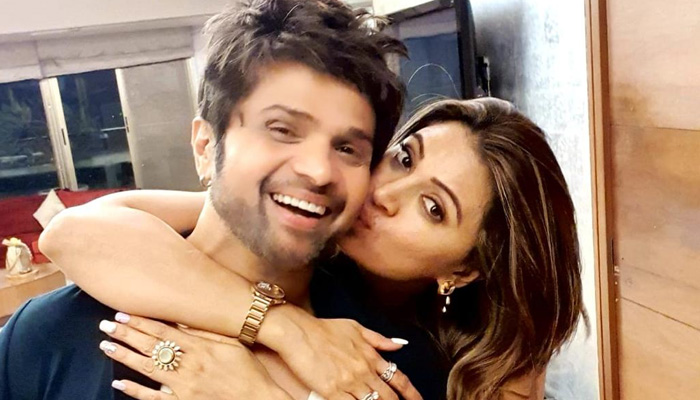 “Himesh says that this romantic song is written straight from the heart by Sonia. She has written every line with a lot of personal connect and that is what makes the track very relatable. Once you listen to the full song written by her you will realise that it has been written with a lot of honesty and honesty always works says husband Himesh.”

Sharing the mini clip from the making of the song, featuring Himesh and Ranu ji, the singer-composer wrote, “During the making of Aadat I realised that Ranu ji is not a one song wonder, you will agree once you hear Aadat. She is truely sounding divine and versatile. A great talent, thanks for all your support lots of love.”

To give you a flashback of Himesh and Sonia’s wedding, their nuptial had taken place on May 11, 2019, in a secret wedding ceremony. Only close friends and family members were in the attendance for the hush-hush wedding.

A mandap was erected on the terrace of Oberoi Sky Heights, which happens to be Himesh’s residence. The two had taken the saat pheras there itself!