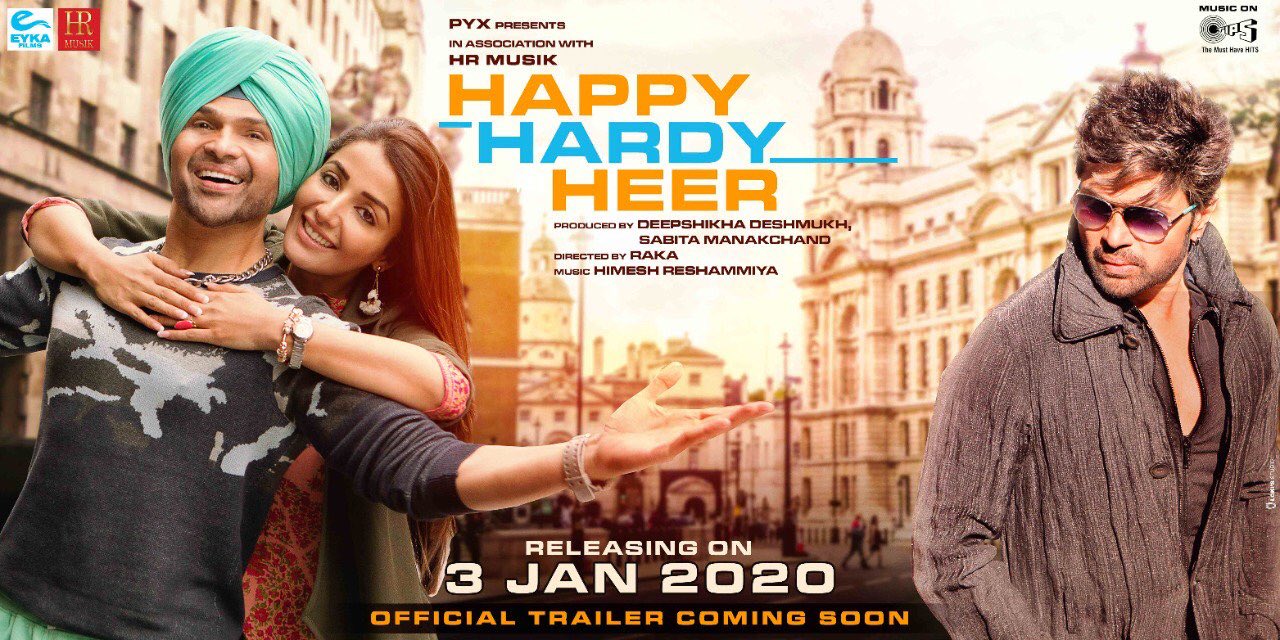 With Concerts happening in 12 cities by Rockstar singer composer actor Himesh with his team from November onwards and the trailer of the film will be launched in the concerts in every city, this new promotional strategy is for the very first time for any film.

The release date of Happy Hardy And Heer is January 3, 2020 and trailer will be launched in 12 cities of India with have become hugely popular due to great melody and very good looking visuals and with Teri Meri Kahani becoming an epic success the remix video of Teri Meri Kahani and the blockbuster hit Ashiqui Mein Teri 2.0 will also be released soon.

A huge music success bash is also on the cards . It’s very rare that the music of a film becomes a hit nowadays before the release and this strategy of releasing the music before the trailer has completely paid off for the makers and tips.

Talking about the film Himesh Reshammiya says “I’m very happy with the way the music has worked for the film, Happy Hardy and Heer is a beautiful love story and I’m very happy with the film too which will release on 3rd Jan 2020, I will reveal the trailer at the concerts in November and it’s a going to be a very new experience promoting the film differently by interacting with the audience with a one to one connection.

Since the songs of Happy Hardy and Heer are hits it’s gonna be fun performing to the blockbuster hit song and it’s remix of Teri Meri Kahani with my team with a live audience and also Heeriye and recreated version of Ashiqui Mein Teri 2.0″. Happy Hardy and Heer is Produced by Deepshikha Deshmukh and Sabita Manakchand and Directed and choreographed by Raka.