Talented singer Himesh Reshammiya, who is known to be the super hit machine of India with 700 blockbuster songs to his credit released first song ‘Heeriye’ from his upcoming movie ‘Happy Hardy and Heer’ on the occasion of his birthday. 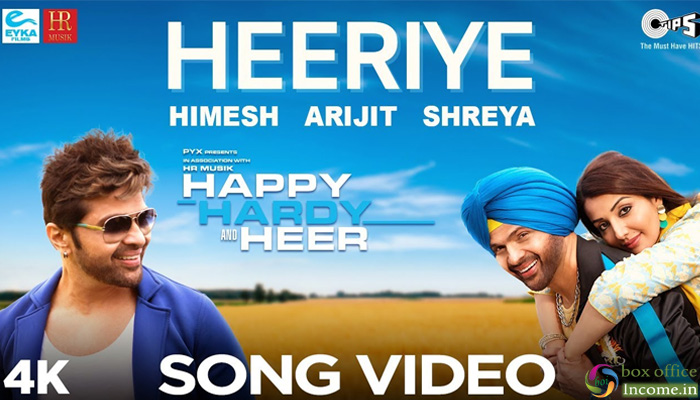 The actor and singer is on the top of the world as the musical teaser of his movie Happy Hardy and Heer has been received great response for it’s music and his TV show as a judge Superstar singer, is currently the highest rated show in non fiction across all channels. Himesh’s movie ‘Happy Hardy and Heer’s first song Heeriye sung by Arijit Singh and Shreya Ghoshal is out today and is the perfect gift to all the music lovers across the world.

Sharing his happiness, Himesh said. “It is all due to God’s blessings that I have achieved so much in life and I will be forever grateful about that. I’m very happy with the response the musical teaser of Happy Hardy and Heer and the response to my TV show which has rated so well.

We will be focusing on releasing the songs of the film before the trailer is launched officially next month, so that the music of the film is a hit before the release of the film which is very rare these days. Each song from the movie is a beautiful melody for all music lovers universally and Happy Hardy and Heer is a film I’m very proud of.

The look, music and the performances of each character have come out to be amazing, along with the fine work by the director Raka. I am thankful to my producers Deepshikha Deshmukh and Sabita Manakchand for always being so supportive and having full faith in this project.