Himesh Reshammiya has been on a roll of releasing superhit and soulful music ever since he stepped into the entertainment industry. Recently, he launched his own music label, Himesh Reshammiya Melodies, and has been hitting the chartbusters list ever since. The bonafide rockstar has just dropped the 11th track from the label, Agarr Tum Na Hote and has won the hearts of music lovers, yet again. 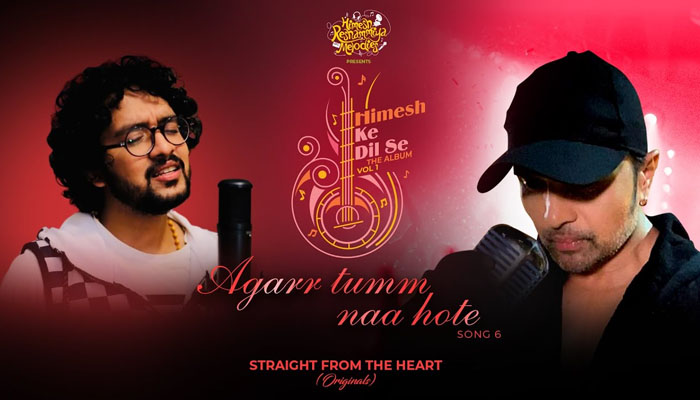 Speaking on the same, Himesh quips “I cant thank God & the audience enough for the 10 superhit songs that I have been blessed with, back to back! My label has now touched 400 million views in 2 months and these 10 songs with the Surroor album itself have garnered 200 million views & 60 million audio streams!”

“Agarr Tum Na Hote launches Nihaal and this 11th track is going to be amazing. Nihaal was an underdog with hidden surprises and talent in Indian Idol and I have already collaborated with Nihaal for another track besides Agarr Tumm Naa Hote , He has super potential and I am vert sure Agarr Tumm Naa Hote will get a lot of appreciation from every music lover,” he adds.

10 back to back hits and a penchant for music like no other, Himesh Reshammiya’s Agarr Tum Na Hote released today and is surely playing on loop on our playlists! Can’t wait to hear more soulful music from our favourite superhit machine!