Himesh Reshammiya is on a career high like never before. The one man army has delivered 9 huge hit songs across 4 albums and recorded audio streams, video views in millions over the last few weeks. The latest track called Terre Pyaar Mein from the album Suroor 2021 was trending on YouTube for over 20 days straight. 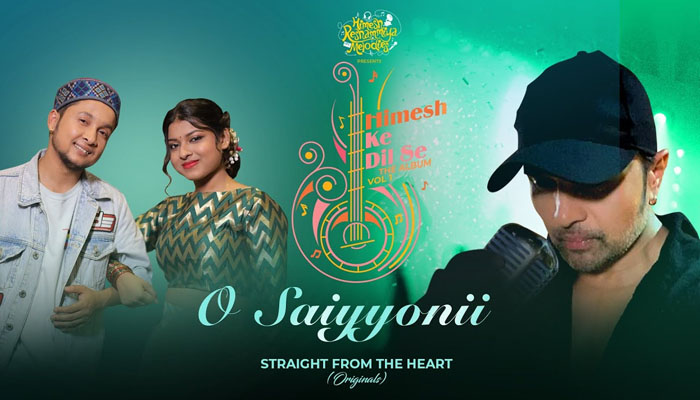 It was also trending on the famous reels and crossed 100 million views in record time. This was quick on the heels of the 2 successful songs Sanseinn and O Sajnaa with Sawai Bhatt and also Humnavva Humsafar that gave another chartbuster to legends like Kumar Sanu and Alka Yagnik from the album Super Sitaara.

Now the musical genius Himesh hits another bulls eye with his 10th song wherein he brings to you the magic of Indian Idol winner Pawandeep and Arunita. Called O Saiyyoni, this song has a folk vibe but is a romantic albeit fun track.

Speaking on the same, Himesh says that, “The combination of Pawandeep and Arunita is truly amazing as they have delivered super tracks for me like Tere Bagairr and Terii Umeed, and this one O Sayyoni is yet another sure shot chart buster. It’s completely different from what is expected of these two. It is a romantic track but it boasts of a contemporary vibe and yet folkish in nature too. Their chemistry in the song is just amazing.

“I am blessed that all my 4 albums Surroor 2021, Himesh Ke Dil Se, Moods With Melodies and Super Sitaara which has had 9 songs released have become huge hits and that too back to back, it’s been overwhelming to constantly deliver but the audience has given their stamp of approval on every album and every song with millions of views and millions of audio streams and continuous trending on YouTube and reels which has made this even more special. The fact that Terre Pyaar Mein from my album Surroor 2021 has crossed 100 million views in no time is truly touching,” he adds.

The title track has crossed 71 million views and 42 million audio streams already and I am grateful to the audience for such an amazing response on each track.