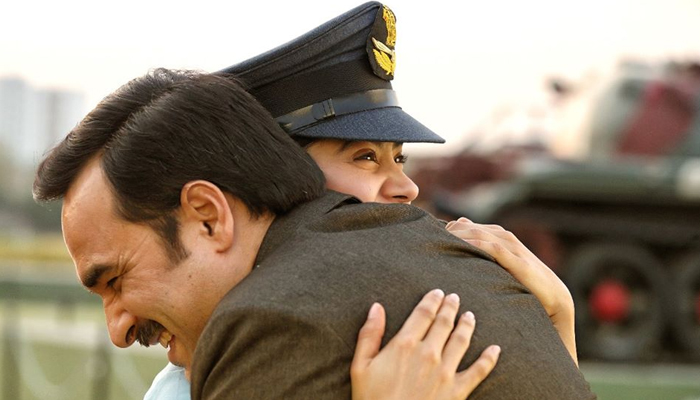 Talking about the trailer, it shows how Janhvi as Gunjan Saxena sets on a mission to make her father proud and carve a niche for herself in the defense forces which was highly dominated by men. Also, we get to see some endearing moments between Janhvi and Tripathi.

As the wind beneath her wings, Pankaj encourages her to pursue her dreams and tells her in one important scene in the trailer, “Whether a woman or a man fly the plane, they are called pilots.” In short, We see the struggle in Gunjan’s life too as she joins the IAF force as the pilot.

The film is helmed by debutante director Sharan Sharma and also stars Viineet Kumar, Manav Vij and Ayesha Raza. The trailer was shared by Akshay Kumar and Shah Rukh Khan.

The film is based on the real-life hero Gunjan Saxena, who became the first Indian woman in combat during the Kargil War between India and Pakistan in 1999. The film is slated to release on August 12, 2020, on Netflix.