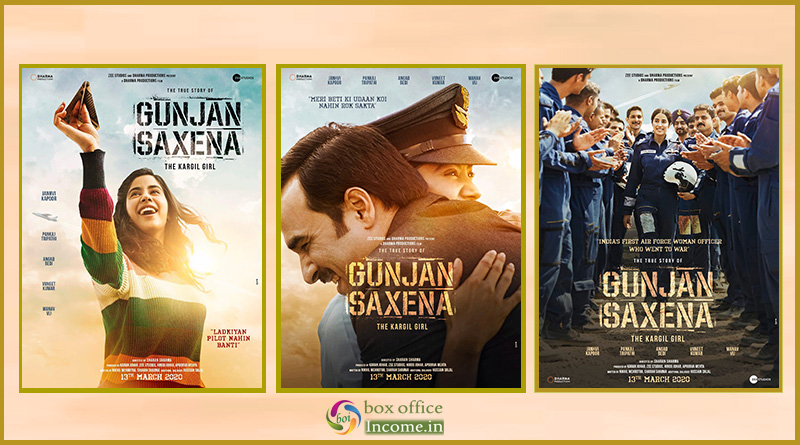 Janhvi Kapoor took to her Instagram page today to share the posters. In the first poster, we get to see the young and ambitious girl who is playing with a paper aeroplane and dreaming of flying high as a pilot. The poster has the text written, “Ladkiyan Pilot Nahin Banti”.

The third poster, Janhvi Kapoor achieves her dreams of becoming India’s first air force woman pilot. She looks ecstatic wearing her uniform as she walks amid men who are applauding her for her achievement. The text on the second poster reads, “India’s First Air Force Woman Office Who Went To War”.

Meanwhile, Janhvi will also be seen in Dinesh Vijan’s production RoohiAfza co-starring Raj Kummar Rao. The film went on floors in June this year and the actress had posted a picture of the clapperboard. Janhvi will be playing a dual role in the horror-comedy film.