Bhushan Kumar’s T-Series’ Mixtape Rewind, presented by Amazon Prime Music, one of India’s renowned musical extravaganza culminates on a very peppy upbeat note. The final episode features Ash King and Sukriti Kakkar performing on an interesting fusion of two popular tracks of 2000s ‘Aao Milon Chalen/ Kya Mujhe Pyaar Hai’. With this Mixtape Music Composer, Abhijit Vaghani stitches together a catchy melody infused with traditional and contemporary beats that will set your foot tapping to the music and leave you humming the lyrics. 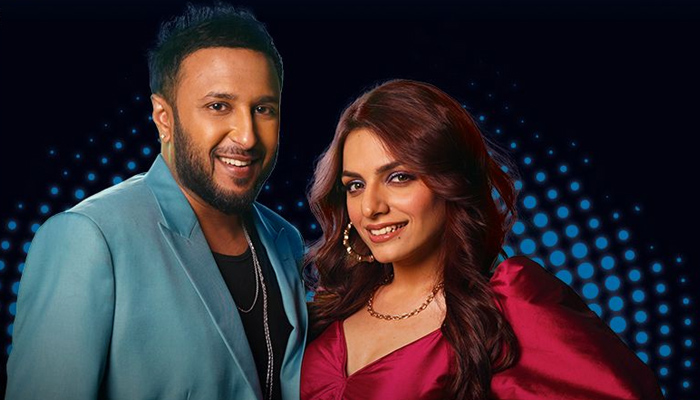 The last episode opens on a classical note with Sarangi, progressing with western beats of rhythm and string instruments making it an aural treat. Additionally, the director Ahmed Khan creates a different kind of mood with amazing instrumentation, interesting visuals, light and sound extravaganza, uplifted by the beautiful vocals of Ash King and Sukriti Kakkar along with Swaroop Khan and Abhijit Vaghani.

Talking about this upbeat confluence, Music Composer Abhijit Vaghani says, “Both of these tracks were up tempo and I thought of having different tempo range in this season which would have one track which is higher tempo and both of them lyrically as well as scaling and energy wise were very apt so I chose them. I went into a very Coldplay zone and then I thought that because Ustad Sultan Khan had sung had given his vocals for the original so I thought that Swaroop Khan from the younger generation would make a lot of sense to be featured on it. We also added a bit of extra composition as we have the liberties in mixtape. The musical instrument used in this one was a sarangi because I took inspiration from aao milon chalein track because it made a lot of sense to put a sarangi with rajasthani vocals. Ash and Sukriti were just phenomenal in showing their energy for the track and on set as well they sang beautifully. I sang this song because when I was doing jab we met, it was one of my favourite and I knew that my voice would suit bits of it.”

Expressing his views on the experience, Ash King comments, “It was amazing to do the Mixtape because you get to collaborate with many artists. Working with Abhijit is always fun, he is a very creative guy – he does everything. A lot of us just sing or do performances, but he does everything which is amazing about him and it really connects to you as a singer to work with someone like Abhijit. Sukriti is such an amazing addition, she adds value when she sings, performs well and is an absolute joy to work with! The songs are amazing, firstly Pritam is my all-time favorite, I have been fortunate enough to sing some of his songs and to perform on these songs as a tribute to him and the legends was an honor.”

Sukriti Kakkar adds, “Mixtape is a beautiful concept by T-Series and Abhijit and such a fun creative show to collaborate on for an artist like myself. Abhijit and I have worked together on various songs and he is a fantastic music producer and a great musician. I am really excited to sing Aao Milon Chalen and Kya Mujhe Pyaar Hai both composed by Pritam Da. Both these songs are such upbeat beautiful romantic songs and go well with each other. Both these songs have been from my lists of favourites while growing up and the way Abhijit has got them together is amazing. I have been a fan of Ash King’s voice, such a perfect fit for romantic songs. I was super excited to sing this mashup with him. Hope the audiences love this episode.”