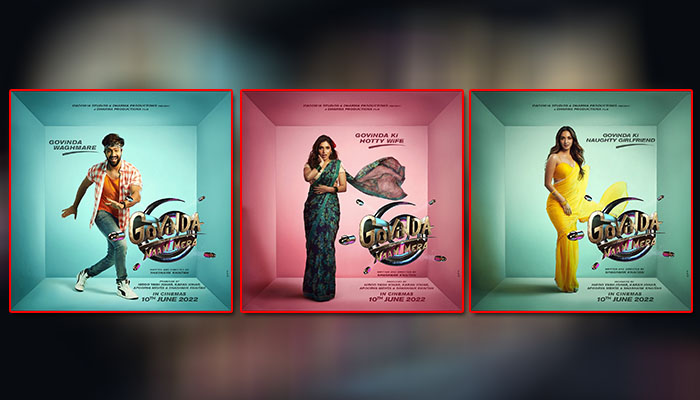 Presenting the chaotic and entertaining first look, Karan Johar wrote, “Meet Govinda Waghmare! Heart of gold and dance moves are bold! Presenting #GovindaNaamMera, where there will be unlimited laughter, confusion and chaos! In cinemas on 10th June, 2022.”

Sharing first look Bhumi Pednekar, Karan wrote, “Mrs.Waghmare is a force to be reckoned with! Meet her in #GovindaNaamMera, in cinemas on 10th June, 2022.”

Govinda Naam Mera will be written and directed by Shashank Khaitan, whose film Mr Lele, on a similar theme, was shelved last year. Govinda Naam Mera appears to be a renewed version of Mr Lele, which was supposed to star Varun Dhawan in the lead. The film is produced by Hiroo Johar, Karan Johar, Apoorva Mehta, and Shashank Khaitan. The comedy-entertainer releasing next year on 10th June, 2022.