Finally, the trailer of one of the most awaited comedy is out! The makers of ‘Good Newwz’ have released the trailer of the film, and it is a laughter riot amongst all the confusion and madness. The film stars Akshay Kumar, Kareena Kapoor Khan, Diljit Dosanjh and Kiara Advani in the lead roles. 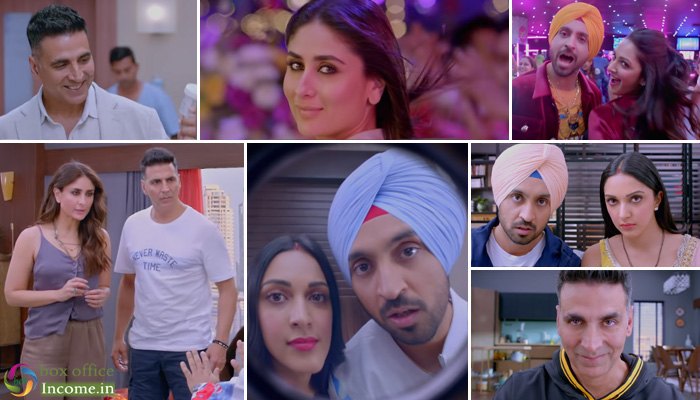 The Good Newwz trailer showcases how Akshay-Kareena on one hand and Diljit-Kiara on the other hand opt for alternative options to have a child, but issues occur in when their sperms exchange during the IVF process due to similar surnames. Now starts the hilarious journey of these two couples becoming parents. Diljit and Kiara don’t let Akshay and Kareena to abort his kid.

They not only shift to Akshay-Kareena’s society, but also interfere in their day-to-day activities. Going by the trailer, Good Newwz seems to be a funny ride, including set of punches, a tremendous background score and perfect portrayal by the cast..

Besides, the film may have the reprised version of Sukhbir’s hit song ‘Sauda Khara Khara’, as it is being played in the trailer. The film has been directed by Raj Mehta and marks his directorial debut. The film, which managed to grab fans’ attention right from the word go, is a comedy-drama releasing on December 27.

Ahead of the release of the trailer, AKshay took to social media to share a funny video with co-star Kiara Advani. In the video, the actors are seen practising their version of Akhiyon Se Goli Mare while they wait for Bebo.