Akshay Kumar, Kareena Kapoor Khan, Diljit Dosanjh, and Kiara Advani starrrer Good Newwz is working its magic at the domestic box office. The film has witnessed a solid jump on Saturday and registered a strong total of around 39 crores within 2 days of release. 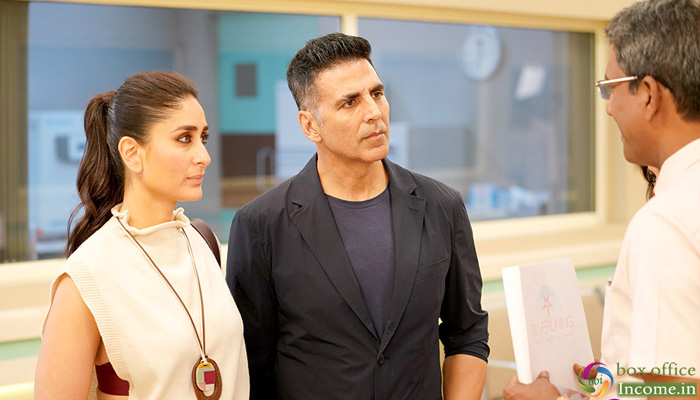 Dharma Productions and Cape of Good Films’ presentation Good Newwz was released amid the huge buzz and expectedly got succeed to entertainer many in theatres. The film has received mostly positive reviews from the critics as well as the audience and as a result, gained a good word of mouth.

On the first day, Multi starrer opened on an excellent note with around 20-25% occupancy in the morning. Over the evening & night shows, it recorded good growth in the mass circuit and registered the 10th highest opening day business of the year 2019 with the amount of 17.56 crores.

On Saturday, Good Newwz witnessed a significant jump in footfalls from the beginning and at the end with an overall 22.60% growth, it raked the business of 21.78 crores. After 2 days, the total collection of the film has become 39.34 crores nett from 3100 screens at the domestic box office.

Good Newwz’s trailer garnered a lot of attention due to its humorous punch lines. What excited the fans is the chemistry between Akshay Kumar and Kareena Kapoor Khan and also, the impeccable comedic timing that is shown by the famous singer and actor Diljit Dosanjh in the trailer.