Finally! something has come out about the much awaited sequel of 2013’s zom-com film Go Goa Gone. After long delay, makers of this franchise have announced the sequel. Right now it is under pre-production and will go on floor soon. The film is slated to hit the screen in March 2021. 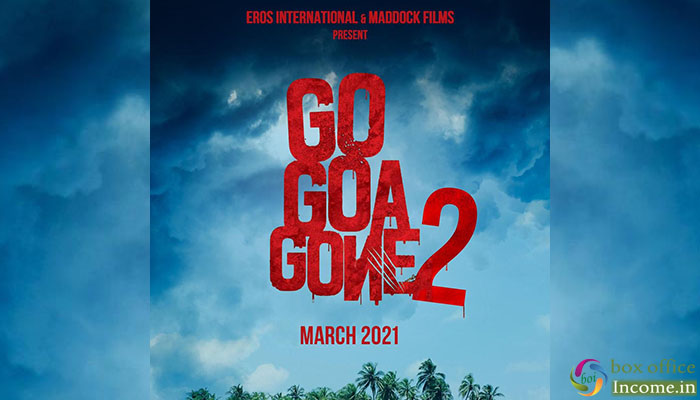 Confirming the news is the production house itself. On their official handle, Maddock films shared the first poster and announced the film. They wrote, “One can try, but never really escape this trip! Prepare yourself for the craziest sequel of the best “zom-com” as Go Goa Gone 2 releases in March 2021!”

Talking about the same Maddock head honcho Dinesh Vijan said, “It’s been quite a journey from 2013, and I’m so excited we”re back again with this crazy ride! ”Go Goa Gone” redefined many things, and we are gunning to do that again. The characters have stayed with us all this while and we are thrilled to bring them back to life!”

Vijan added that they are finishing the final draft and should roll by September 2020. As per Sunil Lulla, Managing Director, Eros International Media Ltd, “Go Goa Gone was a very special film, and one that has immense recall. It’s attained a cult status thus making it great for a franchise.”

Go Goa Gone was a hilarious zombie drama. The plot revolves around a group of friends who in search of a good rave party, end up on a zombie-infested island. The film was loved by the audience and, fans were eagerly waiting for a sequel.