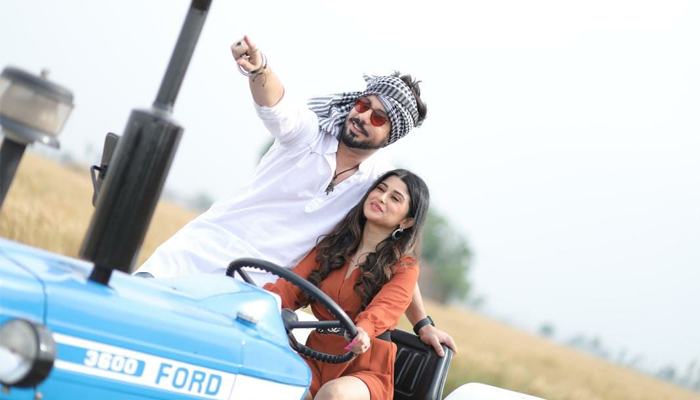 A romantic dance track recently shot in Punjab by talented Director Amit Kumar will get you tapping your foot with its upbeat tunes. Jatt Yamla is sung by Alia Khan, who has given some smash hit Punjabi tracks in the past.

Talking about the song, Producer Suresh Bhanushali says, “This is our second collaboration with Manish Goplani and I must say his charm on screen never fails to make people go crazy about him and Saba is already very excellent. The audience will see both Manish and Saba in interesting scenarios and looking their Suavest best.”

Talking about the song Manish Says “Jatt Yamla is your go-to dance song that will get your foot tapping to its beat.”

Saba khan adds, “This is a special song as it’s my first collaboration with Photofit Music Company. Jatt Yamla is a track the youth with completely relate to as from music to the lyrics it has very fun and chill vibe.”