Today, the much awaited teaser of Ali Bhatt starrer Gangubai Kathiawadi is out. Sanjay Leela Bhansali has treated his fans with a teaser of his next magnum opus on his birthday and the world of love, longing, dance and drama is alive again. 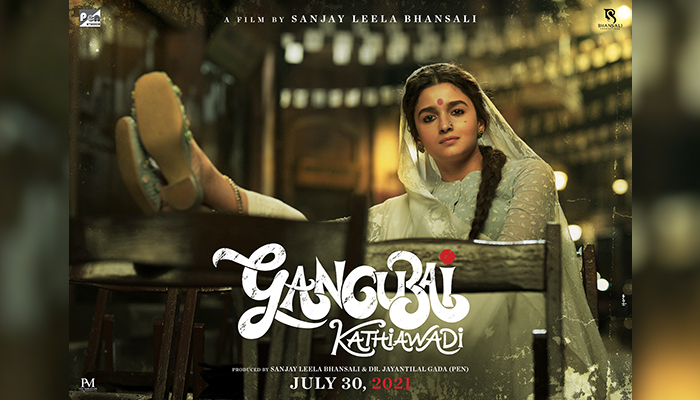 Taking to her social media, Alia Bhatt released the teaser of Gangubai Kathiawadi. She wrote, “Happy Birthday Sir.. I can think of no better way to celebrate you and your birthday. Presenting a part of my heart & soul. Meet .. Gangu! (sic).”

Starring Alia as the robust Gangubai, the film is based on one of the chapters of Hussain Zaidi’s iconic novel Mafia Queens Of Mumbai. The film has been in the making for a long time now and has to even face the wrath of the pandemic. Originally set for September 11, 2020 release the film was pushed and it is now in February 2021 we are finally getting to witness the first glimpse of the film.

The teaser opens up with visuals of Kamithapura and a voice over explains that there is never a moonless night in the lane, and Alia Bhatt enters the frame as Gangubai and calls herself the moon.

There is no looking back from this moment. She dances, slaps people, kicks some, shows the powerful their position and empowers people to live life independently. The short teaser is the most significant insight in the world yet, and this is Sanjay Leela Bhansali experimenting and going away from his USP zone. The background score is fresh and pumps up the vibe.