Applause Entertainment, a venture of Aditya Birla Group has truly been a powerhouse of disruptive and entertaining storytelling, ever since its inception. From book to screen adaptations to Indian imaginations and Originals, the ‘soon to turn 5’ content studio has packed a ‘binge worthy’ punch with some of the best loved shows on OTT. 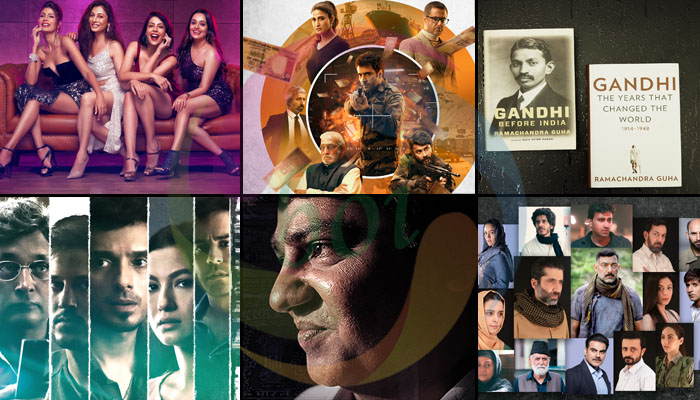 Recently, Applause took the internet by a storm with back-to-back announcements of upcoming shows including Scam 2003: The Telgi Story, Gandhi and Tanaav. Moreover, it’s been a jam packed June for Applause with 3 new show launches – UdanPatolas (Amazon miniTV), Salt City and Avrodh 2: The Siege Within (SonyLIV).

The second franchise of Scam will feature the story of the 2003 stamp paper scam by Abdul Karim Telgi. Gagan Dev Riar will play the lead as Telgi in Scam 2003: The Teli Story.

Applause Entertainment also announced a biopic on Mahatma Gandhi, based on the writings of historian and author Ramachandra Guha. Pratik Gandhi has been roped in to play Gandhi.

And lastly, announced the multi starrer Indian adaptation of the hit Israeli Series ‘Fauda’ as ‘Tanaav’, soon to stream on SonyLIV.

Moreover, after the prestigious win at the Busan International Film Festival, Applause Entertainment’s film The Rapist, directed by Aparna Sen will be screened at the London Indian Film Festival. While premium drama series remains the mainstay, Applause Entertainment plans to now foray deep into acquiring and upgrading the regional offerings and aim to have a robust comprehensive slate of content.