The record-breaking success of Pushpa: The Rise, RRR, and KGF: Chapter 2 has sparked the conversation around PAN-Indian cinema and what it means for the Hindi Film Industry. While these outstanding numbers have revived the box office after the pandemic, producers across the nation are revisiting the same mass vs class cinema debate. 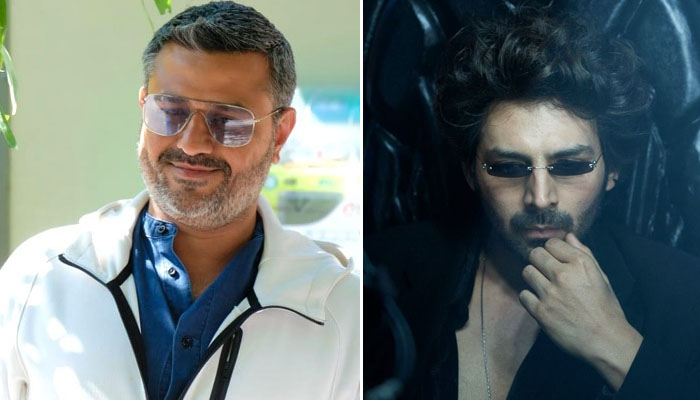 We caught producer-filmmaker Jay Shewakramani getting candid about the same. When asked about the stark gap between the South and Hindi cinema numbers, the producer looked optimistic about the future. He said, “I feel our big tickets films this year are yet to come! We have Brahmastra, Laal Singh Chadha, and Vikram Vedha – to name a few – are in the pipeline this year. I am sure they will do huge numbers. The only gap is that we are accepting dubbed cinema in big numbers now.”

Jay Shewakramani also commented on the rise in the consumption of mass content and where the Hindi cinema lacks. He said, “The south cinema makes the right mass content while Hindi filmmakers cater to the class audience. If one wants to do outstanding numbers in Hindi, we need to meet the demands of both spectrums. Bhool Bhulaiyaa 2 is a perfect example of Hindi cinema acing this balance.”

The theatres are back on track with recent releases, including Bhool Bhulaiyaa 2, Gangubai Kathiawadi, Jersey, RRR, and KGF: Chapter 2. While speaking about the scare amid the pandemic revolving around the same, Jay Shewakramani said, “I never feared that the theatre industry would not be back. The numbers that we are hitting are out of the park! There is no difference in pre and post-pandemic. It’s just better than before. It is just onwards and upwards from here.”

For the unversed, Jay Shewakramani is gearing up for Freddy’s release with Kartik Aaryan and Alaya F in the lead. He also has Devotion Of Suspect X and Undaunted adaptations.