Filmmaker Rohit Shetty directorial Golmaal, the first installment, released in 2006 has been one the biggest and successful franchise in Bollywood. The film recently clocked 13 years and filmmaker says the film is not a product any more; it’s a household brand now. Rohit Shetty graced a book launch here in Mumbai. 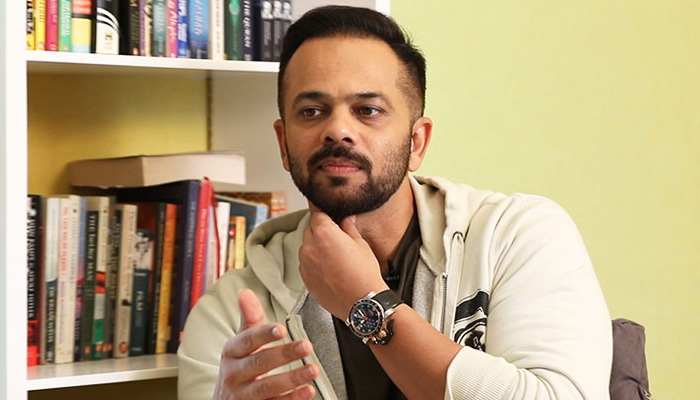 During his media interaction, he was asked about Golmaal clocking 13 long years in the industry. He said, “Now when people ask me about Golmaal, it feels like a duty to make it for audience. You know, now I am making it for other people, the audience, it is not a product anymore; it has turned into a household brand. I have to just make it every now and then, and bring it to the audiences”

“If you look at Golmaal, the characters of the film, it is all about simplicity. They are happy characters, which don’t need to be analyzed or questioned, sometimes it really good to be just happy. Being happy is good for health and Golmaal does that” added Rohit.

The last installment of Golmaal franchise, Golmaal Again, was released in 2017, with its old cast including Parineeti Chopra, Tabu, Prakash Raj and Neil Nitin Mukesh as a new addition. The film broke several records upon its release.

With a box office gross of over 3.11 billion, it was the fifth highest-grossing Bollywood film of 2017 and one of the highest-grossing Indian films of all time. Filmmaker Rohit Shetty is currently bust with Sooryavanshi, which is an action thriller starring Akshay Kumar and Katrina Kaif.

The film is produced by Rohit Shetty Picturez and Dharma Productions respectively, in association with Reliance Entertainment and Cape Of Good Films. It is the costliest cop film ever made in the history of Indian cinema.