Daisy Shah’s newest family member is all things love! Daisy Shah who already has a pet chihuahua name Blessy recently adopted a little kitten. As the actress stepped out to take her dog for a grooming session recently, she came across a homeless 3 month old kitten at the salon. 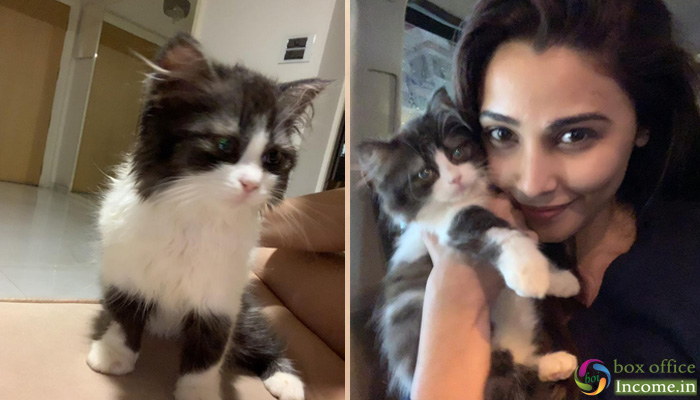 Daisy being an animal lover couldn’t refrain herself from adopting the little kitten. The actress who never had a pet cat earlier ensured to get all the instructions right before she took the little one home. Daisy named her newest member of the family ‘Lizzy’ who is all hearts, Literally.

The little kitten has heart shape across her fur and it’s too cute to be missed. The two little muchikins, Blessy and Lizzy are having a Pawsome time together. Daisy Shah belongs to a Gujarati family, but was born and brought up in Mumbai, Maharashtra.

Daisy Shah has worked as an assistant to choreographer Ganesh Acharya. She made her debut as a special appearance guest in the 2010 bilingual action thriller Vandae Maatharam, but her first breakthrough came when she was roped to play the lead role in the 2011 Kannada film Bodyguard.

She then appeared opposite Salman Khan in the 2014 Bollywood film Jai Ho. In 2015, she was a part of Hate Story 3. She later went on to become a model and worked under Ganesh Acharya for three years before getting roles in Kannada films. Her latest film release is Race 3.