The rain has just got more romantic and how. Actor, director Aslam Khan’s latest offering with Music giants Saregama, ‘Mujhko Mana Lena’ has recently hit the digital platforms and music lovers are raving about it. Featuring popular names like Zain Imam and one of the youngest emerging celebrity from Television world Khushi Chaudhary, this romantic number strikes the right chords in every aspect. 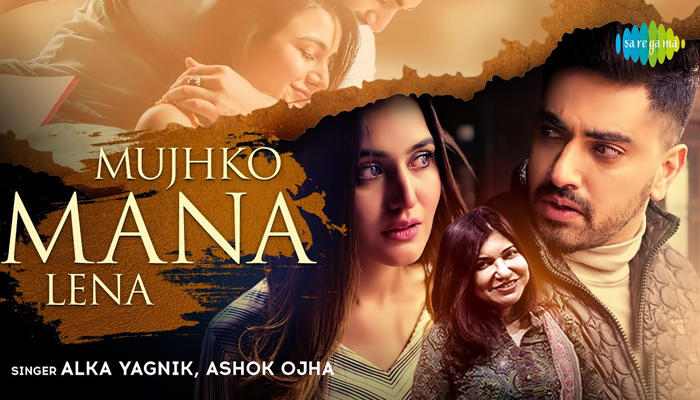 Looking at the rapid pace of increase in views and likes, there is no stopping to some record breaking stats. Sugat Dhanvijay’s composition is not just winning hearts but is also touching the romantic senses to the core. Tripurari’s meaningful and expressive Lyrics will make you by heart it. The composition has got the right kind treatment with the visuals as Zain Imam and Khushi Chaudhary’s chemistry is stealing the show. And to make it even more appealing to eyes, the beautiful locations of Jammu And Kashmir adds gorgeous scenery.

Expressing his happiness in words, actor and director Aslam Khan shares, “When I first heard the song, I was mesmerized. I believed in the audio as much as I did in the video. I’m glad to be a part of this successful venture and looking at the public’s response I am satisfied that our work is being liked. I am sure that this song will win more hearts and soon the big numbers will tell the story of our success.”

One of the sweetest female voices in Indian Music Industry, Alka Yagnik, who has gifted so many evergreen Melodious over the years continues her success story with ‘Mujhko Mana Lena’. Ashok Ojha and her voice has made this song simply heart touching. Talking about the song Alka Yagnik said, “I was bowled over by the simplicity of this song and Its composition, words and the message it conveys. I wanted to be a part of this instantly. In tough times where relationships come under duress, I hope this song acts as a peace offering between couples.”

Actor Zain Imam says “Music affects the way we live. Our thoughts, our joys and sorrows, the way we think and the way we dance; all of it moving to the unending melodies and patterns of the soundtrack of our lives”.

To this composer Sugat Dhanvijay added “The idea behind this song was to evoke emotions of love, pain and most importantly displays the journey of a character” further adding “The idea was also to have a quality video & presenting a never-seen-before number to the audience”.

Presented by Aslam Khan’s See Saw Entertainment, Mujhko Mana Lena is produced by Arun Dhanvijay & Ragini Ojha. Tacklab Studio and Saregama Music’s collaboration has turned out to be a huge success. As the public verdict is already out that it’s a Blockbuster, Mujhko Mana Lena is expected to shatter a few more records. The song is available on Saregama YouTube Channel so Keep Watching and stay tuned.