Dhanush and Elli AvrRam are two actors who are much celebrated in the film industry. While Dhanush has established himself as a top notch actor in the South film fraternity and hit films in Bollywood as well, Elli has time and again proven that she is a talented versatile actress, a phenomenal dancer and an absolute stunner. 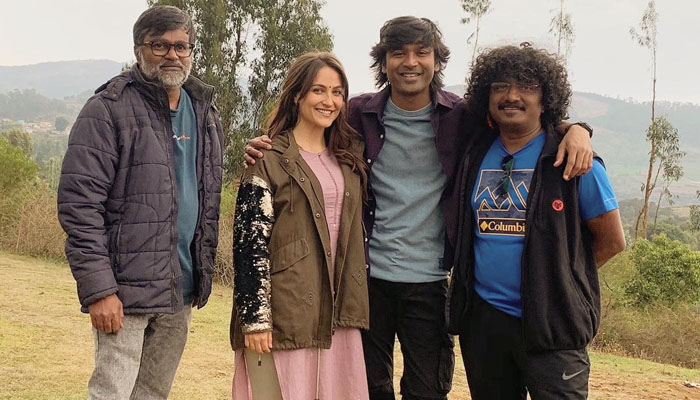 The two of them have recently been busy shooting for a South language film titled Naane Varuven and the actress took to Instagram to share a lovely picture with the cast and crew, for all her fans and Bollywood lovers alike.

Speaking on the same, Elli says “I am so excited to finally share this news with the audience! Working with Dhanush has been a surreal experience and Naane Varuven is very close to my heart.”

“Selvaraghavan sir is a magical director who brings out the best in one and the team of the film is so kind, passionate and professional! I am so grateful for being a part of such a film and I can’t wait to share more details with my fans,” she added.

Going by the news, the actress has completed her shoot schedule. Elli’s upcoming projects include Goodbye alongside Mr. Amitabh Bachchan and Ganapath co-starring Tiger Shroff.