Following the release of solo and group posters, The trailer of Ajay Devgn starrer ‘Drishyam 2’ has finally been unveiled after triggering a lot of curiosity among the audience with the first recall teaser. The team launched the trailer in Goa this afternoon and the fans of the franchise would be waiting for the thrill to unfold. 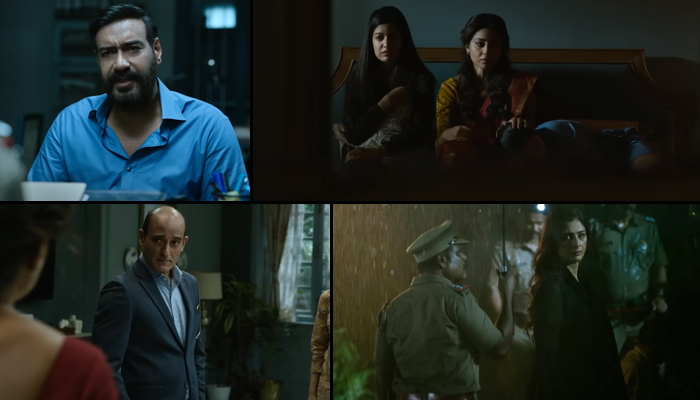 The trailer begins with the ghost from the past returning to Vijay Salgaonkar’s (Ajay Devgn)’s life. The case of Sam’s (Tabu’s son) death has reopened. Vijay tells his wife (Shriya Saran) and family, to not get scared because this enquiry will continue till the day they die. The trailer says that truth cannot be buried and one sees Akshaye Khanna taking the case in his hands this time around. He leaves no stone unturned along with Tabu, to get the truth of Vijay’s mouth. “Dushman ko haraane ka mauka aksar dushman aapko khud deta hai,” he says. The trailer ends with Vijay getting into the confession mode.

Meanwhile, Drishyam 2 will also feature Tabu, Akshaye Khanna, Shriya Saran, and Ishita Dutta amongst others. Drishyam 2 begins seven years after the events in the first film and tests Vijay’s resolve to protect his family for whom he would cross any limits. This movie aims to provide justice to the ‘crime-thriller’ genre in every way possible.

The Ajay Devgn-starrer ‘Drishyam‘ (2015), a remake of a 2013 Malayalam film of same name, was about a loving husband and father who tried his best to save his family from police investigations after the son of a police officer goes missing.