While actress Ishita Dutta’s film Drishyam with Ajay Devgn, Shriya Saran and Tabu went to become a superhit, all of us had been eagerly waiting for its sequel. Well, Drishyam 2 is already in the making. 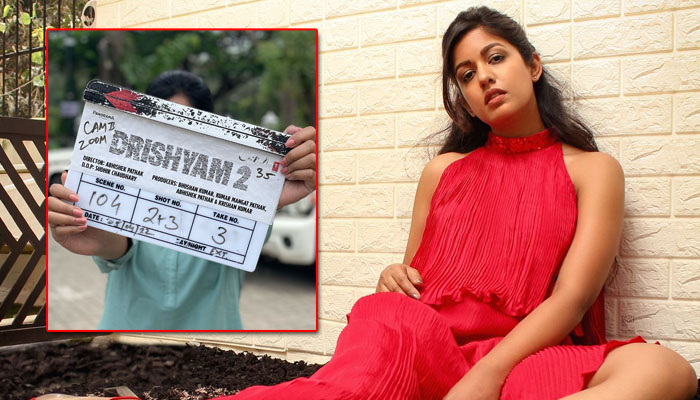 Ishita Dutta has begun shooting for her part in Goa already. The actress kickstarted shooting from Thursday and looks like she is in a happy place on the film’s set.

Talking about Drishyam 2, Ishita says, “The response Drishyam received is something I rejoice even today. And being back on set shooting with everyone feels great, so many memories have been refreshed. I am very excited for this film.”

The film, helmed by Abhishek Pathak, is a sequel to the 2015 crime thriller Drishyam starring Ajay Devgn and Tabu. Devgn is all set to reprise his role as Vijay whereas Tabu will be playing the role of Meera Deshmukh, Inspector General of Police.