National Award winning actor Ayushmann Khurrana is back with yet anthor comedy entertainer, titled- Dream Girl. The film is directed by Raaj Shaandilyaa and is co-produced by Ekta Kapoor and Shobha Kapoor under their banner Balaji Motion Pictures. 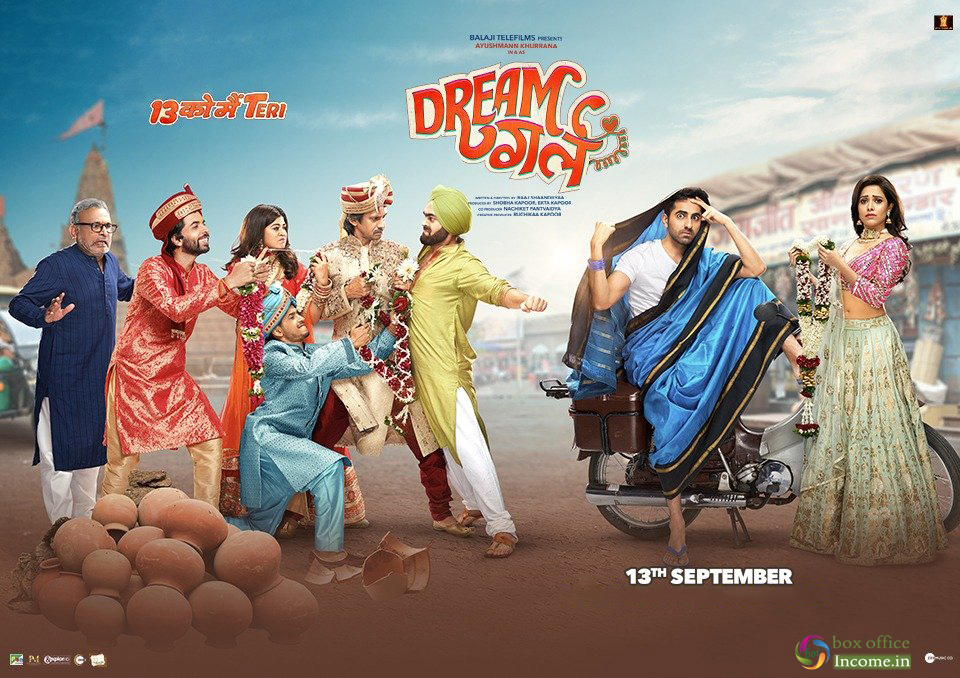 Today, the makers of the film has released the trailer and getting overwhelmed response. In this movie, Ayushmann Khurrana plays a man who makes a living playing female mythological characters such as Sita and Radha in stage shows.

Glimpses of Ayushmann’s romantic relationship with Nushrat Bharucha are also shown in the trailer. Ayushmann then is seen taking up a job as a call girl and names himself Pooja. Many people fall in love with Pooja while talking to Ayushmann. They start searching for her. This is followed by a lot of confusion.

Co-stars Vijay Raaz, Abhishek Bannerjee, Manjot Singh, Nidhi Bisht, Rajesh Sharma, Raj Bhansali among others. The film is the directorial debut of Shaandilyaa, the screenwriter of such films as Freaky Ali (2016) and Bhoomi (2017). The comedy will be released on September 13.